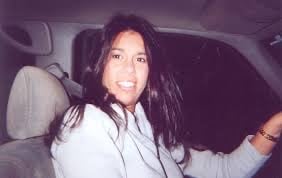 The episode opens with Patrice’s son Pistol  driving and talking about his mom’s disappearance.

He recalls their last morning together and how he was in a hurry to see his girlfriend and how it led to an argument. She drove him to school and they exchanged I loved yours for the last time.

Later that day, he was called into the office and asked if he knew how to contact his mom. He tried to call her but got no answer or callback, which was unusual. He reflects on how she was a hairdresser and often did his hair. He also remembers she worked hard to open her salon.

Her friend Nancy agrees that she was a wonderful hardworking woman and how her husband helped her open her salon.

Her husband Rob remembers going into her salon and how it was love at first sight. He says she was well loved as a friend and stylist. Her friends Kyleen and Ann agreed on this sentiment

Ann also says she would always visit her and how Patrice asked her if she was coming the next day and she said yes. However, when she got there, the police were there and a client had claimed she was missing.

Sheriff Ron Freeman said they knew it didn’t look good since money was missing, her bag was there and her lunch was by the microwave. Mitchell Posey wondered if this was a crime scene. However, there was no real evidence of this.

Pistol recalls breaking down after finding out she was missing. Rob says says he tried to remain optimistic, even though he was questioned.

Captain Bill Franco says they weren’t sure what they were dealing with at the time. The search began and at that point, people think she was kidnapped. There was also speculation she could have run away, but her friend say she would have never left her son. Pistol recalls an unusual conversation with Patrice about going away, but didn’t think much of it at the time.

According to the timeline, a client recalls her being distracted and short with people that day. However, calls are unanswered after 11:37.  There is talk of witnesses seeing a man and woman acting unusual around this time, but nothing, except for the cars, could be confirmed.

Pistol tried to remain optimistic as he continued to look for her. He says he had to grow up really fast and begins to cry. He reflects on the events after Patrice’s disappearance and his memories of her. Her friends also share their memories and how Rob was a bit of the jealous type.

Pistol also says that Rob was jealous of their bond and was considering a divorce. Rob denies this. Pistol also says Rob changed the locks in the house and would not let him in. Rob says he didn’t like him and didn’t want him around, so Pistol went to live with his dad. Pistol reflects on how his life changed and how his father got depressed because he was still friends with Patrice.

Rob also reflects on how he kept wishing for her return, as do her friends.

Gary Hilton, who for killed another young woman, became a suspect due to how he would go to salons looking for money. Serial killer Jeremy Jones was another suspect. He confessed to murders and mentioned Patrice’s case. However, he recanted it.

December 6, 2005…20 months after her disappearance, Patrice’s skull is discovered by two men.

Pistol remembers finding out while in school. At first he thought she was alive, but soon discovered she was dead and it broke him.

Rob says she died too soon, but is now in heaven.

The crime lab people look for evidence and say that where she was found (Lebanon Baptist Church woods) was a remote area and it would have been difficult to being her over there as dead weight. They wonder how someone was able to get her there.

Before long, Rob is considered a suspect, but he has no comment because he doesn’t talk to them. He also says it is impossible for him to have done it. He also has a solid alibi and no motive. The investigation however, says it doesn’t eliminate him doing it, but reduces the likelihood. They also don’t think it was a murder for hire.

Rob insists it was someone she knew and gives different possibilities, including alluding to an affair.

A robbery gone wrong is also a possibility due to the money being missing.  They also wonder about the car that was there during the 13 minutes. Her wedding rings were also missing. The investigators are also keeping mum due to certain information they (and the guilty party) have and to avoid a false confession.

Rob admits he kissed the skull goodbye and slept with her ashes like a teddy bear. He then shows off the ashes he keeps in a box.

Pistol says that after fifteen years, he still has nothing from his mom, not even pictures. Rob didn’t give him anything and it hurts him more and more every day. He just wants closure. 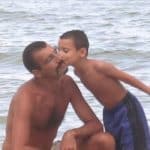