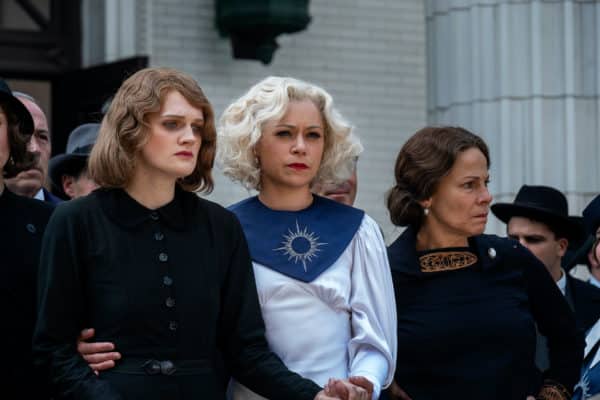 Perry Mason is back with part two of its dark whodunit. The last episode ended on a cliffhanger when Perry finally managed to find a lead in the mysterious and gritty case handed to him.
The episode opens with a flashback from Perry’s painful past. Gunpowder and explosions envelop a battalion of WW2 soldiers as they launch themselves into the fray of battle. The scene swirls with panic and chaos as men are lost to the senseless tide of war.
Back in the present, Perry meets with Mr. Finkle, a tailor who boasts a truly expansive selection of thread. It is clear that he is chasing up the sample of thread that was used to sew Charlie’s eyes open.
Cut to a massive congregation where a charismatic, evangelical preacher, Sister Alice, is delivering an impassioned New Year’s Day sermon to a group of cheering devotees. She heads off stage for a private meeting with Matthew and Emily Dodson. The grieving couple are cherished members of her congregation and, taking Emily’s hand, she tells them that the church will host and pay for little Charlie’s funeral. The moment is interrupted by the lothesome Detective Holcomb who states he has a “lead” and orders Matthew to come with him.
Perry tries to convince Pete to take the Dodson case with him but his partner is still angry about losing the $600. Finally, after a little down payment of $23, Pete unenthusiastically agrees to help.
The scene changes and we meet a new character, Paul Drake, a black police officer who must constantly fight for his rights amongst white superiors, and appears to be the only component cop in L.A. After calmly talking down a would-be shooter, the young officer receives a tip about a grizzly scene in a nearby building. It’s the kidnappers from last night who were unlucky enough to be double crossed by loathsome Officer Ennis. However, when Drake inspects the scene, the third man who fell to his death from the rooftop is gone.
At the LAPD, Officer Holcomb and Matthew Dodson meet in E.B’s office to supposedly go over the bodies and bullet-holed suitcase that Drake discovered earlier. But when Maynard Barns, the district attorney shows up, E.B. realizes that the other three planned it as a setup to arrest Matthew. The three have discovered that Matthew is actually the son of Herman Baggerly, and Barns argues that extorting money from his famous father would give Matthew a motive for kidnapping his son.
Perry chews Baggerly out for withholding the information about the nature of his and Matthew’s relationship as well as his son’s hobby of illegal gambling. But Baggerly has done his research as well and angrily reveals his knowledge about Perry’s dishonorable discharge.
Perry attempts to discern more about Emily’s relationship with Matthew but she deflects all of his questions. Again, he observes the little turtle on Charlie’s bedside table and upon turning it over, notices that it came from the Los Angeles Alligator Farm. He learns more from the

Dodsons’ nosy neighbor, who remarks that Emily is always making calls and was in fact on the phone all night on the eve of the kidnapping.
After partaking in the horrifically surreal task of shopping for her son’s coffin, Emily is falling apart and Della takes her to a dinner to get some sustenance. Emily abruptly excuses herself and attempts to make a phone call in the back room. Perry, who has been tailing them, is able to get the number down.
Barns offers E.B a deal: have Matthew sign a confession so the murder can be pinned on one of the “stiffs” that were discovered by Officer Drake. E.B. refuses, saying that he’ll see Barns in court.
Charlie’s funeral is being planned by the elders of the Radiant Assembly of God’s congregation, who appear to be more concerned with seating arrangements than the child’s tragic passing. One elder even goes so far as to suggest that Matthew’s arrest will negatively impact the church.
Perry has managed to locate the address of the number Emily had been trying to contact. Under the cover of night, he approaches the rundown house. Parked outside is the same green getaway car that the kidnappers used to escape. As Perry carefully enters the building, he is met with a gut-wrenchingly gruesome sight, a man lying dead with a mutilated face next to a shotgun and a suiside note marking himself as the third kidnapper. It’s the same man who fell from the roof and protruding from his lips hangs a broken dental device.
As Perry continues through the house, he finds a pile of burned money in the fireplace, a small alligator statue on the mantle from the Los Angeles Alligator Farm, and sealed inside the souvenir, a wad of love letters between Emily Dodson and a “George” who must be the man lying dead in the other room.
Perry confronts Emily about George, revealing the letters when she denies any connection to him and informing her coldly that George is dead. Emily collapses in tears.
The next morning at E.B.’s office is chaos as Perry furiously insists that Emily isn’t coming clean while E.B. chews him out for taking the letters from the crime scene and Street defends the grief stricken mother. Pete’s also found a witness who can vouch that Matthew Dodson was gambling on the night of the kidnapping. Eventually they all agree that though Emily cheated and Matthew gambled, they probably weren’t intentionally responsible for the tragedy that befell their son.
That morning Sister Alice is preparing for her sermon. While meditating in front of the window she internally hears voices whispering and a baby crying. During the service, she launches off script, delivering a warning to the most powerful men in the city that they are responsible for catching, convicting, and executing the “devil” who killed Charlie Dodson. As Emily, supported

by sister Alice, exits the wake next to her son’s coffin, the police pounce, declaring that she’s under arrest for the kidnapping of her own son and dragging her away to a police wagon just as Charlie’s coffin is being lifted into the hearse!
Later, at a private club, E.B. and Perry discuss the horrific arrest and what it means for the case. E.B. is optimistic because Emily’s arrest means that her husband is off the hook and this will make Herman Baggerly happy. Perry is doubtful, thoughtfully repeating what Street said earlier, that “infidelity is not murder.”
In the final moments of the episode, Drake returns to the scene of the crime he discovered earlier and finds a strange object, a piece of the third kidnapper’s dental. 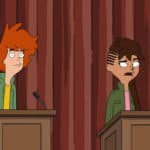 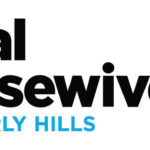