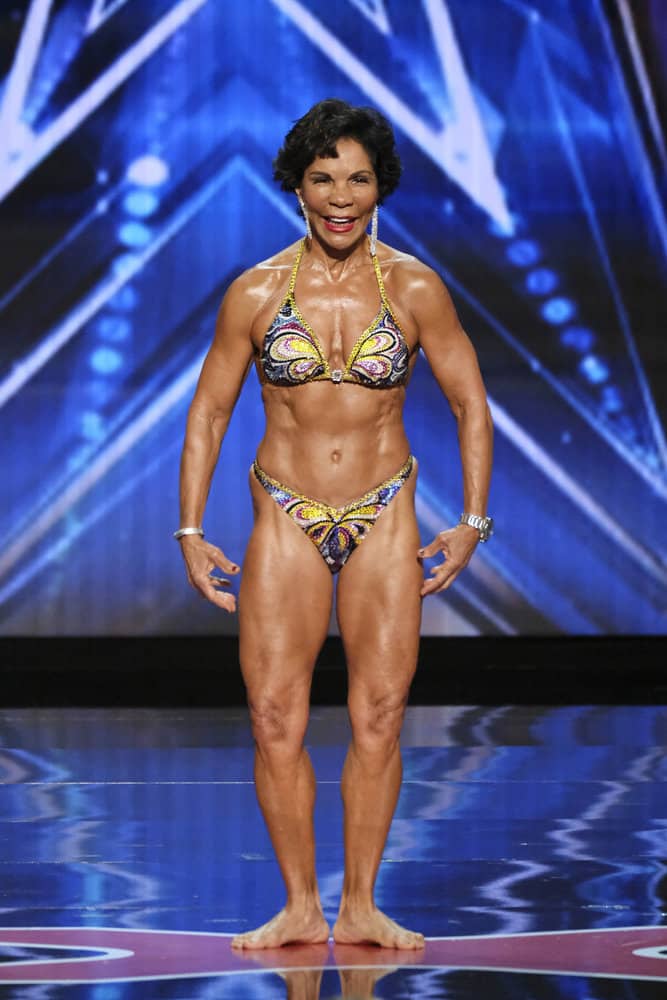 Here we are with another week of America’s Got Talent on NBC. Terry Crews is hosting, while Sofia Vergara, Howie Mandel and Simon Cowell are judging. Heidi Klum is off due to illness.

Annie: She is a cute young singer with an innocent, yet sassy persona, kind of like a young Hilary Duff. She has everyone clapping and on their feet and there are smiles all around. The judges think she is adorable and fun, making it no surprise when she is sent to the next round.

Ty: He is a dad and a comedian. He jokes about love, reading, aging and life. I can see him killing it in a college town with this kind of humor. THREE YESES.

Forrest: He snaps to opera and is buzzed all the way home.

Shaquira: She reminds me of a baby Jennifer Hudson with a country twist. I would go see her sing somewhere. She is so fun and full of spirit. THREE YESES!

Eric Stonestreet is now a judge to replace our ailing Heidi.

Tremendous Dance Force: They are a teenage boy dance troupe who remind me of a boy band. They are not only fantastic dancers, but so adorable….even though they are young enough to be my sons. They are on to the next round.

Chef Boy Bonez: He is a rapper with his eyes popping out. Sofia buzzes him and runs away, but the other guys send him to the next round.

Winston: He does a dancing and card act that has everyone going wild. I have never seen anything like it before…..ever. I don’t even know what to say, it is that good FOUR YESES.

Lewis: He is a dancer from Australia that does a routine to Queen. It was Broadway meets SYTYCD. I loved it and am glad he is in the next round. Three yeses, one no.

Bone Breakers: They do a group contortionist act that has warning labels involved. It is incredible to watch but so hard as well because it looks so painful. FOUR YESES.

Jesse: He does an acoustic version of Bad Romance by Lady Gaga. It is quite interesting and a different spin on the song. FOUR YESES

Serban: He reminds me of Kreb from Harry Potter and while he does no have the voice talent, he is so adorable. I would love to be BFF with him. Sadly, he is unanimously sent home.

Josefina: She is a bodybuilder of 73 years old. She began at 59 and rocks a bikini better than anyone I have ever seen. Her act is mostly posing with Terry joining in. Not quite AGT, but she can kill it at a bodybuilding competition. Four nos, but Simon wants her back with more.

Alan: He is a midget who does an aerial act with those silk hanging things. No clue what they are called, but I always loved how these acts look. He is phenomenal. His kids come out at the end to hug him. FOUR YESES