Jim was the first winner of the newly rebooted version of The Biggest Loser, which aired on USA Network this past winter. Jim quickly became a fan favorite and through his hard work, realistic ups and downs and determination took off over 100 pounds. He also gained a new lifestyle to boot.

Now the PA native is helping others start their own journey by helping with virtual casting. Jim opened up to TVGrapevine about this way of casting, his new life and more. Below are some of the highlights from our chat.

1Although it has been done this way in the past (with potential contestants sending in videos and doing interviews via phone and email) it is now done all virtually due to the current COVID-19 pandemic.

When it comes to doing the virtual casting, his advice is simple: be open, be who you are and above all else, be yourself. He says this is one of the greatest opportunities they can get and they should be ready to take full advantage. Jim realizes that we are in uncertain times, but still encourages people to go for it because the show and opportunity can give them hope.

2. Now that the show is over, the reigning champion admits things have been quite interesting. He only had a short window of time where he was home before the pandemic began, but even so, he has been able to keep up with his health and nutrition. He currently weighs around 225 lbs and is looking more into building muscle at this point in his journey.

3. Even though his gym is closed at the moment, Jim is still keeping up with his workouts at home. In fact, his CrossFit gym even lent out equipment for members so they could continue their routines at home. He also tries to walk at least 2-4 miles a few times a week and plans to increase this as time goes on. He is also training for a 5K called Run With Jack, which takes place in Philly and honors a family member near and dear to his heart.

4. As for food, he is maintaining a healthy diet, with chicken being one of his staples. He does admit to having a weakness for ice cream, so he is currently using Greek yogurt with fruit as a healthy alternative. He also relies on portion control and shares desserts with his wife so he can still indulge in his favorite sweets.

5. Above all else, Jim is grateful for this experience. He developed very special bonds with Erica and Steve, saying they not only helped him lose weight, but taught him lessons such as self grace and knowing that it is okay to fail sometimes, as long as you pick yourself up and move forward. He speaks very highly not only of them, but also of his fellow contestants and host Bob Harper. Jim says that the bonds they have are very special and one that he holds close to his heart. 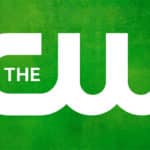