Previews Video What to Watch
Sammi Turano
May 25, 2020
Here is a sneak peek at Netflix’s new special Hannah Gadsby: Douglas.
Emmy and Peabody award winning comedian Hannah Gadsby stopped the comedy world in its tracks with her genre bending show, Nanette.  Having given herself her very own tough act to follow, Gadsby decided to name her difficult second album after one of her dogs in the hopes he could inspire comedy obedience. Did it work? Fortunately, you can make up your own mind because after taking her metaphorical muse off for a world tour of a walk she filmed the fucker in Los Angeles.
Hannah Gadsby: Douglas is a grand tour of guffaw that takes you from the dog park to the High Renaissance and back into an unnamed box. With one of comedy’s most sparkling and surprising minds as your guide of honour, you can expect your expectations to be set and then met in the most unexpected ways. Woof. 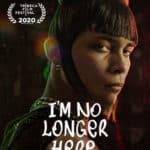 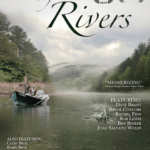