The Discovery Channel and the Science Channel shared the space shuttle launch this afternoon at Kennedy Space Center. Here is the video in case you missed it! (Video via NASA)

Space Launch Live: America Returns to Space was simulcast live on Discovery and Science Channel. It documented history at the NASA launch of SpaceX’s Crew Dragon capsule, from the Kennedy Space Center in Cape Canaveral, Fla. The event marked the first crewed space mission to be launched into orbit from U.S. soil since 2011. The multiplatform event also featured some of the biggest names in entertainment with live appearances by global superstar Katy Perry, TV and Internet personality Adam Savage and former NASA engineer and YouTube sensation Mark Rober.

The live multiplatform event took viewers along the mission to launch veteran astronauts Bob Behnken and Doug Hurley to the ISS on a SpaceX Crew Dragon spacecraft. The mission, known as Demo-2, used a Falcon 9 rocket, also built by SpaceX, to propel it. 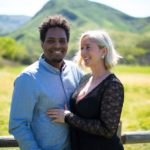 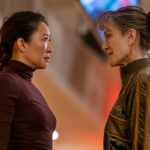