Sera-Lys McArthur took time out of her busy schedule to talk to TVGrapevine about her career, life and an interesting past job.

I’m a prairie gal turned metropolitan lady. I am of mixed Native North American (Nakota/ Assiniboine) and Caucasian (German-Canadian) heritage and was raised in Saskatchewan. I started acting by luck when I was quite young. I was cast in a miniseries when I was 13 and I fell in love with the whole experience. I just wanted to keep doing it, so I’ve let that desire guide me on a pretty cool journey so far. I’ve lived, worked and studied in New York, London, LA, Vancouver and Toronto. I like to move around a lot and traveling for acting work is my favorite thing. I love acting on stage equally as much as I love working on film and TV. I’ve had most of my career success so far in Canada, where I had recurring roles on a couple of series. I appeared on an episode of Outlander last season (412 “Providence”) and that was a real game-changer for me. Not only was filming in Scotland unforgettably special, I received a fan response like I had never experienced before! Since then I have worked on several indie films, most are in post-production and one is released on Amazon Prime Video (“Robbery”). I was really happy to join the cast of “Burden of Truth” for this upcoming 3rd season. It’s great to get that on-set family feeling that comes with serial work. I couldn’t have asked for a warmer welcome from the cast, crew and creatives on this show.

How would you describe Burden of Truth?

It’s a character-driven drama, framed by the legal system. It’s definitely not a typical legal procedural. The lawyers and other characters are all delved into from a deeply personal perspective. There are also a lot of real issues brought to light by a multicultural cast, including many strong female characters. It’s very human and unique.

Although fictional, Kodie is from a nearby region to where I was raised, so her background and struggles are familiar to me. There are people in my extended family and friends circle who have faced similar issues to what happens to Kodie this season. Accessing that was very easy for me. The writing captured something true and I knew that I could fight for this character. She’s very lovable and tough. She has big emotions and makes spontaneous decisions. She’s a real underdog. I love rooting for the underdog.

Kodie is a single mother of two young daughters. Although I am not yet a mother myself, I was raised by a strong single mother. I have spent a lot of time working with children. I often form close bonds and feel very protective over them. It came very naturally for me to bond with my on screen daughters. Kodie also has a hard time trusting people and feels haunted by the demons of her past. I can definitely relate there. It’s almost as if Kodie could be an alternate reality version of me, if things had just gone in another direction at some key pivotal moments.

Ok, I gotta dish: I have followed Kristin’s career for a long time and I watched Smallville all the time. So it was really challenging not to totally fangirl out when I got to set! She’s a very warm person and an excellent acting partner. I was intimidated to be joining such an awesome cast who had already known each other for two seasons. I felt like the new kid who just transferred schools. I had one friend, Meegwun Fairbrother, who was in the cast, and having him there helped me feel more comfortable in that first week. The great thing about Nicola and Peter is that they come from theatre backgrounds, like I do, so we really all jelled very quickly. It’s a very warm, supportive set. I glow when I think about the memories of filming this past season.

Without any spoilers, this is an extremely emotional season. On top of that, we get the scripts as we go, and so we don’t really know the full gamut until we are already filming. Finding different levels and nuances in each scene and story arc was important to me. Fittingly, it’s all about finding the truth of each moment, which allows for the performance not to feel one-note or repetitive. It called for a lot of vulnerability, which is super fun, but also exhausting at times. Also there’s a type of stamina that goes with having to sustain this kind of emotion over the course of a whole season. I couldn’t ever let myself really let go of any of it throughout the course of the season, so that I could continue pulling from that well.

Episode 3 is a favorite of mine because Kodie experiences a lot of hope. She has interactions with Luna (Star Slade) and lets some of her sense of fun and humor show. Any time I got to work with the young actresses playing my daughters was a fun day. They would have us laughing in between takes all day long! They’re little pros already 🙂

I am an emerging producer. I have produced several short films and one full length play. I am currently working on helping develop three feature length screenplays and we have received funding to create a short film based on one of these scripts, which I am very excited about. My focus is working on projects with other Indigenous creators, as well as partnering with creative allies who want to respectfully include Indigenous content in their projects.

I once worked as a magician’s assistant in Los Angeles. I got to learn several insider tricks because I was a part of them, including getting sawed in half, floating, getting squished,  disappearing and teleporting.

I am mid-way through Russian Doll and I find it utterly addictive. Killing Eve is amazing. And I am stretching out this most recent season of Outlander so that I can put off my ‘droughtlander’ withdrawals for as long as possible! 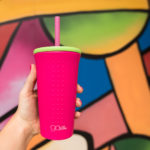 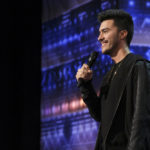