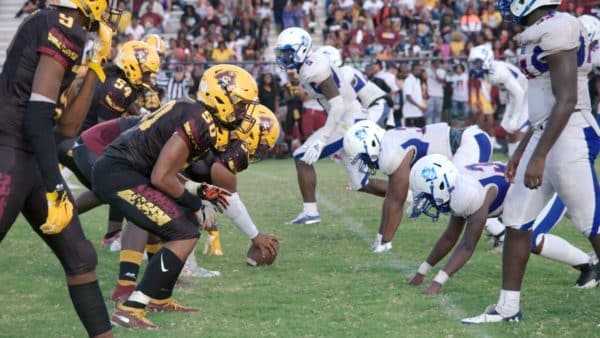 Coach Demir “DJ” Boldin, brother of NFL star receiver Anquan Boldin who returns home to coach his beloved but young Blue Devils of Pahokee in 4th AND FOREVER: MUCK CITY talks to us about the show, which airs on CuriosityStream.

I am the product of the city of Pahokee where I played football, basketball and baseball. Graduated from Pahokee in 2004 and earned a full academic-athletic scholarship to Wake Forest University. While at Wake Forest I earned multiple accolades for First Team Freshmen All-ACC and First Team All-ACC as a senior as well as earning my Bachelor’s Degree.

My professional football playing career was only 3 years. I played for the Detroit Lions (NFL), Montreal Alouettes (CFL) and Toronto Argonauts (CFL). I started my coaching career immediately afterwards by coaching for a Professional Development team called the Palm Beach Crush and then I was given an opportunity by Jim Harbaugh for the Bill Walsh minority internship which ultimately lead to an Offensive Assistant Coach job for the San Francisco 49ers for 3 seasons. My career took a turn to coaching high school football where I am currently the head football coach at Pahokee High School my Alma Mater.

How would you describe 4th and Forever Muck City?

4th and Forever Muck City is not just a documentary series about two rival football schools but about the ups and downs of a rural town in Pahokee- a town that suffers from every disadvantage in life but yet still defeats the odds and produces professional athletes, doctors, lawyers, teachers, etc.

What are some of your favorite moments from the show?

This is a tough question because so much happened throughout the filming but if I had to choose a couple one would obviously be playing in the Muck Bowl and spending quality time with my son Dallas.

What do you want viewers to take away about the kids of Muck City?

I hope viewers see a community/communities come together to help support, shape and lead young men to become model citizens. Also how the basic game of football and the learning of academics serves as an opportunity for kids to escape the daring circumstances of their everyday environment 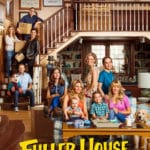