Fourteen recipes in….and there was bound to be a failure in there at some point. The bacon may have burned for recipe for recipe 4, but at least with that one, the non burned parts came out fine.

This time….it was a mess. I tried to save it (and it didn’t taste too bad, but overall, it was a disaster.

I decided to make the Hey Auntie Banana Puddn’ the other day. As I said in my live on Facebook, it was NOT a success….but became one when I used the remaining pudding base for gelato. I have no clue why it was so runny, but alas, it was not meant to be pudding.

All you do is whisk the dry ingredients, add the milk, cream and egg, let it thicken and bubble on medium heat, decrease heat, whisk for 45 seconds more and remove from heat. Then you strain it, add to a heat proof container, add vanilla and chill for 4 hours, add bananas and vanilla wafers…..easy, right?

WRONG! The base was too thin! I have no clue where I messed up, but it was not the consistency of pudding at all. I still made a portion to try  and while it did taste good, it was still not suitable for pudding.

However, I added it to my ice cream maker  and ended up with a decent gelato, so I guess it was a win?

The whipped cream (1 cup heavy cream, 2 tbs powdered sugar, 1/2 tsp vanilla and 3 tbs rum) was a bit thin as well, but I used one of those whipped cream makers instead of a bowl and whisk and overfilled it. Once I used some of the mix (in coffee), it was fine.

I will count this as completed, but also add it to a possible do over list. 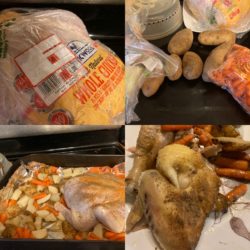 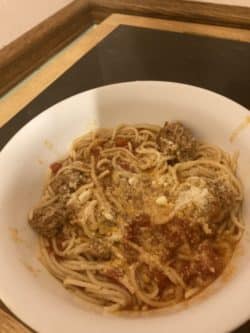 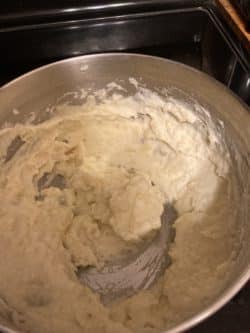