Tonight  was an all new episode of The Masked Singer on Fox. It was a two hour special episode filled with April Fool’s Day tricks. We saw the top three (aka the Super Nine) from groups A, B  and C perform, with one from each group being put in the bottom three. It was a close call for the Rhino and Banana, but they were able to sing another day.

In the end, it was the White Tiger who was eliminated. His identity was revealed and not much of a surprise for judge Jenny McCarthy.

“THE WHITE TIGER’S” FIRST INTERVIEW AFTER HIS UNMASKING!

THE SMACKDOWNS RETURN AS YVETTE NICOLE BROWN JOINS THE PANEL  ON AN ALL-NEW “THE MASKED SINGER,” WEDNESDAY, APRIL 8 @ 8/7c ON FOX! 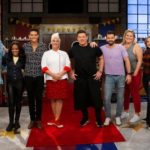 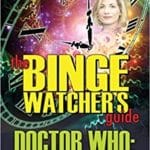