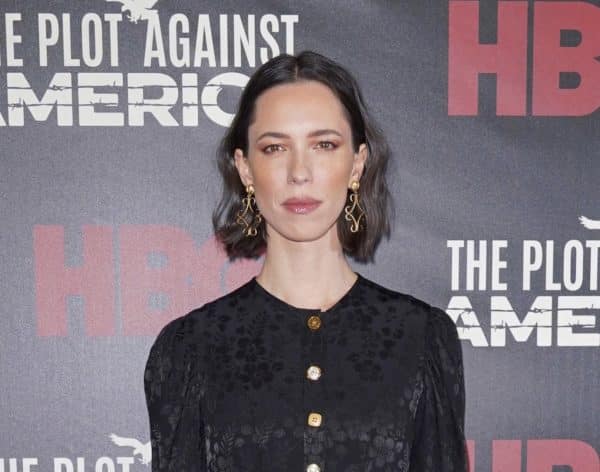 Rebecca Hall is an incredible actress who always gives, compelling, captivating performances. She has been seen in many amazing television shows and movies, always impressing us with her take on each character she plays.

Now the Golden Globe nominated actress is back and better than ever in a new television show Tales from the Loop, which airs on Amazon Prime. Rebecca plays female lead Loretta, who lives above ‘the Loop,’ which is a machine that explores the mysteries of the universe.

Rebecca recently sat down with TVGrapevine in an exclusive interview. Below are some of the highlights from our chat.

1. Rebecca says Loretta was an interesting character to play and from the first episode, you begin to see why she is the way she is and why. However, playing her did not go without a challenge. She admits she had to communicate the inner character without being given the words, but it was a wonderful kind of challenge to have.

2. Her favorite part about doing the show was working with the cast. She especially loved working with the child actors because she said they were not only good at what they did, but it was also a wonderful learning experience. She said it allowed her to go back and rethink habits and default modes and bring her to an important presence she felt she needs when acting.

3. In addition to the show, Rebecca has several other projects in the works. One of them is a super secret project, but you can also expect to see her in Godzilla vs. Kong and a horror movie called The Night House. She says it is a very unusual film, but one she enjoyed doing.

4. Rebecca currently recommends Unorthodox on Netflix. She truly enjoyed it and thinks others will as well.

5. She is so incredibly positive! Although several of her project releases might be delayed due to the current world situation, she considers herself to be lucky and knows that things could be worse. She chooses to focus on the positive side of things, which is something that is a lesson for us all.

Keep checking back for more news on Rebecca Hall.