Dean Devlin is actor, writer, director and producer,making him one of the most versatile men in show business today. He is known for his work on Independence Day, Leverage and The Librarians, as well as many other movies and television shows.

Now he is back and better than ever, thanks to his new show Almost Paradise. He is the creator and brains behind the show, which if the pilot were any indication,is going to be a huge hit.

In a recent interview with TVGrapevine, Dean revealed that the show idea came to him while he was on his honeymoon in Hawaii. At the time,a drug dealer was apprehended and it got him thinking about island justice and culture. He also wanted a show that would honor his Filipino culture, and thus, Almost Paradise was born. This is the first American show that takes place in the Philippines,making the project that more special to him.

The show is about a retired  undercover agent who moved to the island after suffering from a nervous breakdown. The plan was to have a relaxing life, however, it turned out to be quite he opposite. The top notch cast and acting make the show a great, fun escape with some mystery tossed in.

Dean describes it as Hawaii Five-O meets Rockford Files….but it is even better and stands in a class of its own. I look forward to seeing future episodes and where he takes the show in the future. 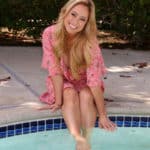 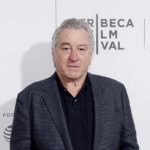