Apr 7, 2020 Allison Munn, Celebrity Spotlight, interviews, that 70s show, the big show show, What i like about you 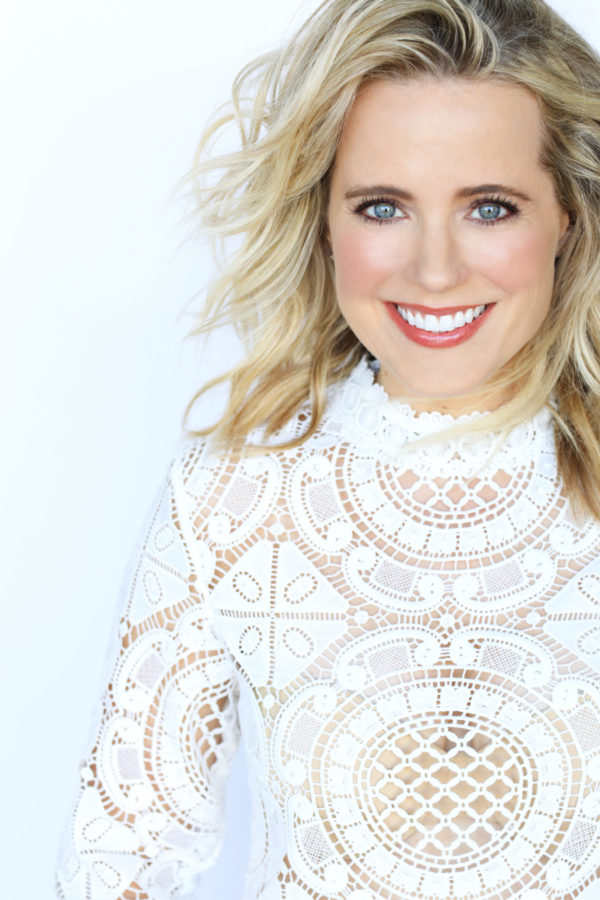 Well, I grew up in South Carolina and started acting in plays at local theaters. After graduating from The College of Charleston, I moved to New York to pursue a professional acting career. I was so lucky to get cast in The Fantasticks, which I ended up doing for 2 and half years – over 500 performances. I eventually decided to leave the show because I wanted to move to Los Angeles to pursue television and film roles. My first job in LA was on That ‘70s Show and it was a blast. After that, I was lucky enough to land roles on What I Like About You, Carpoolers, One Tree Hill, Nicky, Ricky, Dicky & Dawn and The Big Show Show. I’m so grateful that I’ve been able to have a career in this crazy town.

How would you describe The Big Show Show?

The Big Show Show is such a fun show. It’s a super funny and heartwarming family sitcom that is currently streaming on Netflix. I play Cassy Wight – she’s a go-getter real estate agent, wife of WWE Superstar Big Show, and a loving mother to their 2 daughters and 1 step daughter. The series begins with Big Show retiring from wrestling and taking on the biggest match of his life – his family.

I love that Cassy is a strong career-driven woman but also an excellent mom and supportive wife. Being married to a world-famous wrestler has it’s challenges, but Cassy handles them in stride and with great love & admiration for her husband.

Well, I’m also a working mom who is always hoping to strike the right balance between career and family. Cassy just handles it much more smoothly than I do! Haha.

Honestly, that’s been my favorite part of this already incredible job. Big Show is a dream to work with. He’s dedicated, supportive and the hardest worker I’ve ever shared scenes with. He’s also a very kind person and has become a wonderful friend. And the girls! They’re wonderful – so sweet, talented and funny. We have a lot of fun on set together.

Well, the sitcom format is challenging in the fact that we put on a live audience show every Friday night and that can be nerve-racking…but it’s also exhilarating. Aside from that I’d say a big challenge is trying to say “WWE” in a sentence! It’s a major tongue twister for me and I always get tripped up on it. Haha.

Many of my favorite memories revolve around show night. We have a live audience, a DJ and a warm-up comedian and it’s just so much fun. I also loved working with Tan France, From Netflix’s Queer Eye. I’m a big fan of his and he couldn’t have been more lovely.

Due to the Coronavirus pandemic, I’m currently homeschooling my kids – a second grader and a preschooler and it’s exhausting. Teachers are heroes who definitely don’t get paid enough.

I used to do roller derby. I’ve been sky-diving. I was an exchange student in Russia in high school. I have a 16 year old Yorkie named Buster Keaton.

Schitt’$ Creek! And The Big Show Show – all day, every day! Haha.

I’m just so grateful that people are watching and loving The Big Show Show! I’ve received so many sweet messages over Twitter and Instagram and they’ve made my day.