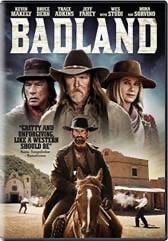 The Badland trailer was just released and we have a sneak peek!

Singer/actor Trace Adkins portrays a grandiloquent former general who, not surprisingly, would rather not be hanged for his wartime misdeeds.  Dern and Sorvino’s effective and affecting performances, are so emotionally and dramatically satisfying, they together forward the storyline via a chilling run-in with a violent land-grabber played by James Russo. 2020 Oscar honorree, Wes Studi figures into the mix as Breecher’s (Makely) not-entirely-friendly rival in the manhunting business

Produced by Makely’s Papa Octopus Productions (an amazing story in itself!) with partners Jennifer Ambrose and Shawn Nightingale, Badland is a Western in which te good guys actually have to pause and reload — repeatedly — to come out the other side. 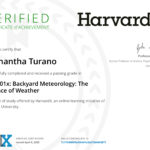 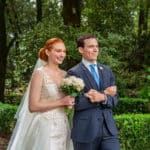