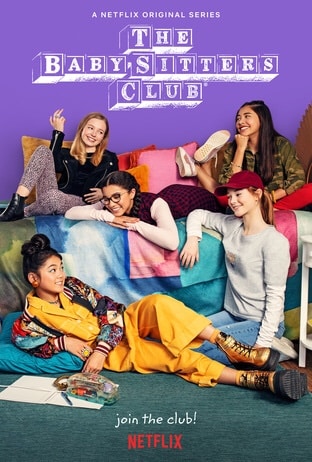 Netflix’s new series THE BABY-SITTERS CLUB is based on the best-selling book series, that follows the friendship and adventures of Kristy Thomas (Sophie Grace), Mary-Anne Spier (Malia Baker), Claudia Kishi (Momona Tamada), Stacey McGill (Shay Rudolph), and Dawn Schafer (Xochitl Gomez) as the middle-schoolers start their babysitting business in the town of Stoneybrook, Connecticut. Rounding out the cast, Alicia Silverstone plays Elizabeth Thomas-Brewer, the selfless single-mother of Kristy Thomas and love interest of all around good guy Watson Brewer, played by Mark Feuerstein. Ann M. Martin, the beloved series author and producer on the new series, was the first to conceive the idea of these inspiring young girls with different backgrounds, personalities and opinions that were brought together by a business venture they conceived and bonded through the friendships they forged. The adaptation of the contemporary dramedy that continues to champion friendship, female empowerment and entrepreneurship was led by Rachel Shukert (Glow) as showrunner and Lucia Aniello (Broad City) as executive producer and director.