Daytime TV as we know it is changing. TVGrapevine has just learned that Judge Judy will be ending after twenty-five seasons. The feisty judge will make the official announcement on tomorrow’s episode of Ellen.

According to Comicbook.com, she released the following statement on the show:

“CBS [distributor of Judge Judy] sort of felt, I think, they wanted to optimally utilize the repeats of my program,” Sheindlin says in her appearance. “Now they have 25 years of my reruns. What they decided to do is sell a couple of years’ worth of reruns. But I’m not tired, so Judy Justice will be coming out a year later.”

New episodes will air over the next year, and then she will go on to host Judy Justice. 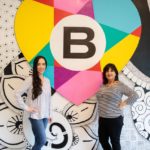