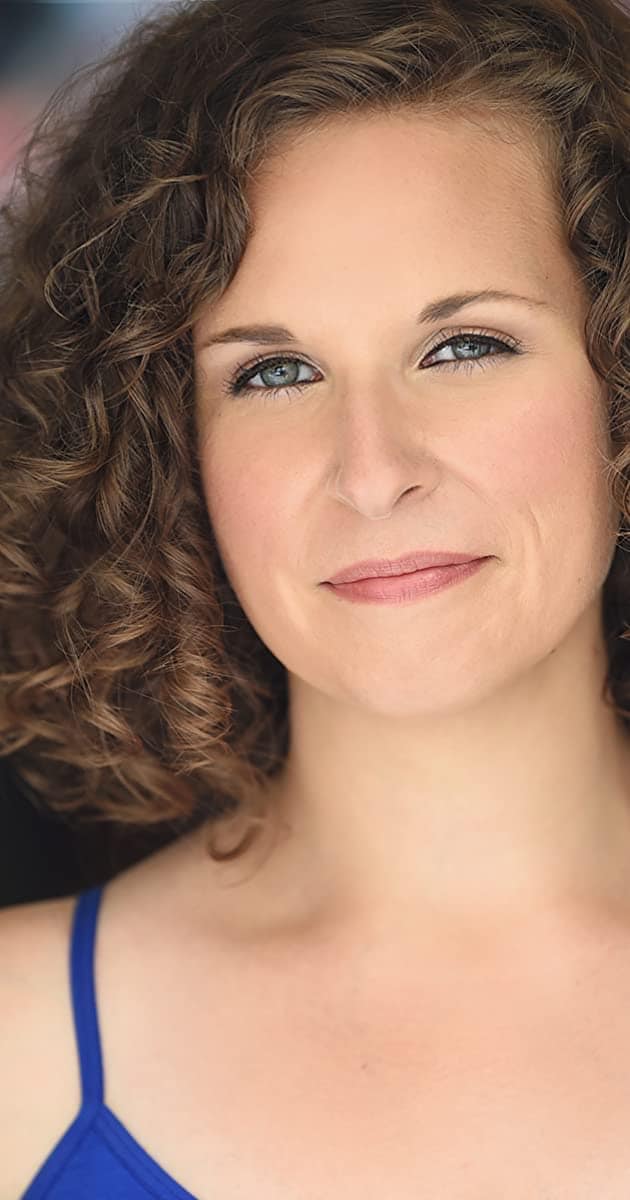 Tell me a bit about yourself and career.
I grew up in the suburbs just west of Boston, in what’s called the Metrowest region. Something must have been in the water there in the early ‘80s, because it produced a surplus of theater, film, and television professionals, all of us now actively working in New York, Los Angeles, and elsewhere.

My career has taken a winding path; I’ve never felt like I fit neatly into the boxes the industry prefers. As an actor my training was split between classical theater and improv comedy. As a singer I took lessons as a classical contralto even though all I wanted to be doing was musical theater (spoiler: there are almost no roles for low female voices until you hit ~60 years old). As a student I got a degree in theater, but spent most of my academic energy in my linguistics classes. And when I moved to New York 17 years ago, I had the face of a cherubic toddler with the voice of a brassy retiree.

In the professional world, those varied paths have equated to a lot of interesting, unique projects – an Off-Broadway improvised sitcom, large scale immersive theater, working with robots – but it can be draining when sometimes you just want the gigs that pay day rate and residuals that you see all your friends getting…

But I think not fitting the mold is what lead me to do the work I’ve been doing to try to change the landscape of the entertainment industry, first with myTumblr, then with my live show at Joe’s Pub, and most recently with Famous Cast Words. Where I’ve always felt a little like I had one foot outside of the room, I think it has given me the vantage to effect change.

How would you describe Famous Cast Words and what made you want to do the series?
Famous Cast Words blends verbatim, found-text comedy, with an earnest investigation of representation and inclusion problems in the entertainment industry. Years ago, out of anger and frustration at how people are talked about in the casting world, I started collecting offensive breakdowns in a Tumblr, CastAndLoose. As this gained popularity, I came up with a night of comedy that utilized this real text, and I was fortunate enough to put it up at Joe’s Pub at the Public Theater – an amazing venue here in NYC. But self-producing is draining and I needed to find a way to create a more sustainable version of the work I was doing. I made a webcam show called CastAndLoose Living Room, where I had friends talk to me in my living room about the issues they faced as professionals in the industry, as well as read this terrible text; that prototype is what became Famous Cast Words. My hope for the show is it offers catharsis for those in the industry, and awareness for those outside it of what building blocks are going into the content they consume.

What were some of the challenges of doing the show?
Throughout my advocacy work over the years, there has been a fear that I’d be blacklisted in one way or another from working as an actor, because of my criticism of the industry. And, to be honest, I do worry that even friends no longer see me as an actor, but as an activist and interviewer/host. Those are certainly great things to be seen as, but performing is what fuels my heart, and when I don’t get to do it often it really brings me down. However, from a point of view much bigger than my little life, this work is so much more important than whether or not I get to speak some words on a stage or in front of a camera, and where I have a background in both theater/film/tv and socio-linguistics, I seem to be the right person for the job.

As far as actually creating the show – it was a pretty smooth process. I am absolutely blessed to work with my team at ALL ARTS. Public Media is the exact right place for a project like this, and I’ve had a blast making it.

Were you familiar with any of the stars you featured before filming?
Everyone in season 1 is a friend of mine, which I think brings a real warmth to the show. With the exception of Amber Gray, who I have known since I was 11 years old, everyone in season 1 came into my life as a direct result of the work I’ve been doing with bad casting notices – they were all in at least one of my live shows at Joe’s Pub. I love that a project that came from anger has resulted in so much love and community for me, and I can’t wait to see who it continues to bring into my life. I often say my career motto is, “I’m just here to make friends,” and I think Famous Cast Words is a great illustration of that.

Do you have any special memories from doing the show?
As much as I love the humans, the two animals we had on the show are really my favorite stars: Maysoon’s cat Beyonce, and Aneesh’s dog Ella. Ella spent our entire interview on my lap, and Beyonce jumped up on the arm of the chair next to Maysoon as soon as we started rolling. You can’t tell me those critters didn’t know they were on camera!

Also, it didn’t make it into the episode, but during my interview with Emilio Delgado, he sang a little bit of “Hola” for us, a song he sang on Sesame Street with “Maria,” Sonia Manzano. To have a man whose face and voice I grew up with singing in my living room was more than my inner 5-year-old’s little heart could handle.

Tell me a fun fact about yourself.
Phil Collins gave me my first pair of drumsticks (I was a drummer from ages 9 to 13) and there was a good chunk of my childhood where I thought he was my uncle.

What are you watching on TV these days?
Perhaps because I’m part of the extended family now, I’ve found I’m watching tons of PBS – Finding Your Roots, Antiques Roadshow, No Passport Required.
Also, I have an addiction to watching The Great British Baking Show over and over again – I’ve seen each season more times than I can count. I find it incredibly soothing.

As far as narrative content goes I love Sex Education on Netflix – I think it’s some of the best casting representation I’ve seen. I’m also eagerly awaiting another season of Special.

Oh, and Jeopardy. I love Jeopardy.

Go for it! Thanks!