Jay Michaels is probably one of the kindest, most gentle minded people I have met in my twelve years as a journalist. He is engaging, sweet and genuine, as well as incredibly talented. Fans can see him on his new talk show Terror Talk, which can be seen on Terror TV.

TVGrapevine recently chatted with the New York native in an exclusive interview. Below are he highlights from our chat:

1.The show talks to people in the industry about their careers, but from the current events point of view. I won’t give away too much about the upcoming episodes, but you definitely want to tune in to hear the unique, engaging stories told by guests. (Spoiler alert: it is a dream come true for any indie and horror fan!)

2.Jay admits that he not only gets to host, but he also gets to be a fan boy. For him, it is an exciting way to do what he loves with people he loves to watch.

3.  While it took awhile to get things started, he says it was marvelous once it all came together. He is proud of all the work they all did and thrilled that he got to talk to so many people from around the world.

4.Even though the show keeps him busy, he is constantly working on other projects. The ‘proud workaholic’ is not only teaching at Kingsborough University, but he is also working on several books, which we will promote as they become available.

5.Jay is a great role model, not only for people in the entertainment business, but for anyone who is out there to achieve their dreams. He is also someone who is a great example of how to be as a person.

Seeing his show is a joy. Learning from him is an honor. Calling him your friend? That is a true blessing. 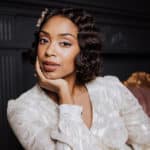 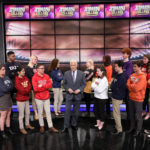