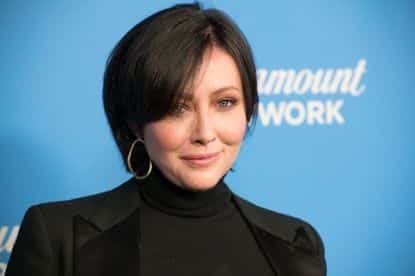 “It’s going to come out in a matter of days or a week that — I’m stage four. So my cancer came back. And that’s why I’m here,” Doherty revealed. “I don’t think I’ve processed it. It’s a bitter pill to swallow in a lot of ways.”

The actress, who most recently appeared on Riverdale to honor her late friend and former co-star Luke Perry, was diagnosed with breast cancer in 2015. She kept fans updated on her treatment and progress throughout the years. Her cancer was in remission following treatment,  but recurred in 2019, while she was filming the 90210 reboot.

While she decided to keep the matter private, she did confide in co-star Brian Austin Green, whom she says had her back through it all.

More information will be revealed as it becomes available. TVGrapevine sends love and prayers to Shannen and her family.