“The response to our inaugural awards show last year was bigger and more exciting than even we imagined, and that’s a testament to both the power of nonfiction and reality, and the sense of community that exists among the people who create it,” said Critics Choice Association CEO and Executive Producer Joey Berlin. “We’re thrilled once again to illuminate the art and complexity of this dynamic programming with a meaningful awards show driven and supported by the industry’s most respected critics.”

Added NPACT Executive Producer and Interim General Manager Michelle Van Kempen, “One of NPACT’s unique attributes is in bringing marketplace competitors together as colleagues – supportive of one another and the diverse range of content that makes up the world of nonfiction production. We are delighted to be partnering again with Joey, Bob and the Critics Choice Association to elevate our members’ work and to celebrate their creative accomplishments.”

The Critics Choice Association will monitor all awards submissions and select the nominees in all competitive categories. NPACT will lead the selection of non-competitive discretionary awards. A blue-ribbon nominating committee made up of CCA members with expertise in nonfiction, unscripted and reality programming will determine the nominees. Winners will be chosen by a vote of the CCA membership and announced at the Critics Choice Real TV Awards.

The Critics Choice Association is the largest critics organization in the United States and Canada, representing more than 400 television, radio and online critics. It was organized lastyear with the formal merger of the Broadcast Film Critics Association and the Broadcast Television Journalists Association, recognizing the blurring of the distinctions between film, television, and streaming content. For more information, visit: www.CriticsChoice.com.

NPACT, the trade association for non-fiction production companies doing business in the U.S., includes 100+ member companies comprised of production companies of all sizes, as well as allied services companies. Collectively, NPACT members produce the majority of all nonfiction content for U.S. broadcast, cable television and streaming platforms. NPACT serves as the voice for the non-fiction creative community, providing a forum for producers as they tackle challenges and business issues in this age of media disruption. 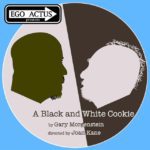 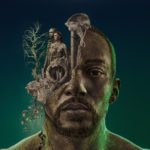