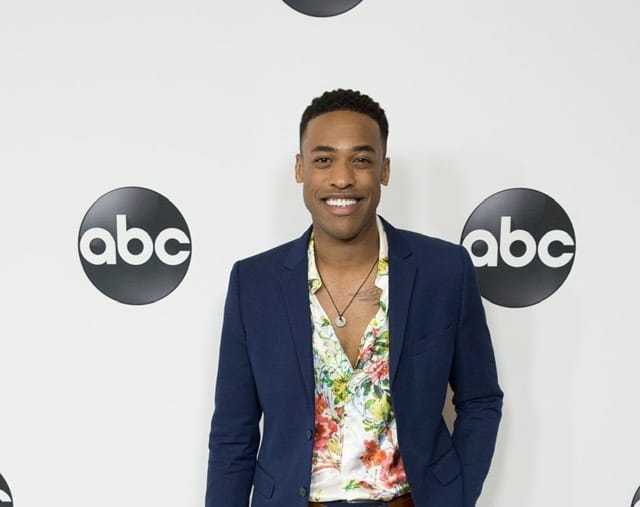 The Rookie is set to return tonight on ABC,and to celebrate, TVGrapevine had the opportunity to talk to Titus Makin, who plays Officer Jackson West. Below are some of the highlights from our chat.

2. The actors have a correspondent and members of the LAPD on set regularly to help them make sure they are doing things properly. They want to keep things as realistic as possible, so they are taught things(such as clearing a room and cuffing) through a speed academy training and by going to the shooting range. Each season, they are put through this training and given a refresher course on how to handle things.

The goal is to make everything as accurately as possible in order to mirror things the way they happen in real life. Titus admits that sometimes things have to be ‘cheated’ due to camera angles, but the show runner tries to make sure that happens as little as possible.

3. There are going to be a ton of guest stars and surprises this season that viewers will need to tune in to see. However, Titus was able to reveal that Shawn Ashmore and Ail Larter will be returning, as well as some other familiar faces that fans all know and love.

4. As for who he wants to see guest star, he would love to see a real law enforcement officer so they can honor them for all they have done for helping others.

5. Titus spoke very highly of Nathan Fillion, who plays the titular character Officer Nolan. He thinks he is a sweetheart and super lovely person who makes everyone feel at home. Titus says that he sets the tone on set with his positive energy.

6. He would love to see Officer Jackson stand on his own two feet and be able to stand solo on the field. He wants to see him settle into his full cop potential and maybe be a training officer himself.

7. Titus is also a musician. His main focus is soul funk with a throwback feel. His artist name is Butterfly Ali, so be sure to check it out.

8. He is obsessed with competition TV such as American Idol, America’s Got Talent, Top Chef and So You Think You Can Dance. He says that he loves to watch them so much that his friends always know he has it on due to his reactions to the TV. He says when they come over and hear him cheering or screaming, they know!

10. As for scripted shows, he loves to watch Stranger Things. He jumps around a bit when it comes to different shows, but that is the one he always comes back to watch.

The Rookie airs on Sunday nights on ABC. Check your local listings for showtimes.