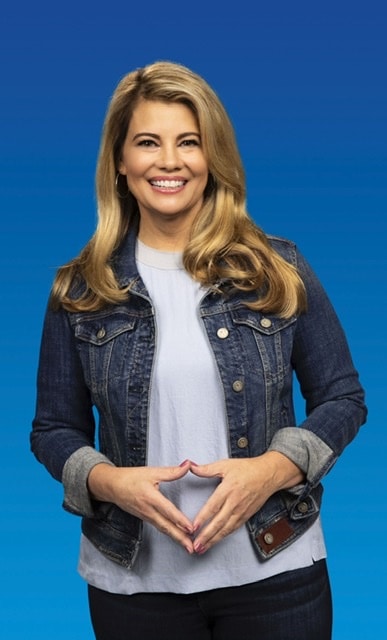 You know her as Blair Warner from The Facts of Life and have seen her make it to the final two as a fan favorite on Survivor. Her name is Lisa Whelchel and she is just as amazing now as she was as our favorite teen queen.

Now she is back and better than ever with all new episodes of her show Collector’s Call,which airs on MeTV. She recently took time out of her busy schedule to chat with TVGrapevine. Below are some highlights of our chat and the facts of her life.

1. Lisa lives hosting Collector’s Call and hearing stories behind her guest’s collections. Although she admits it was tough to pick a favorite, she says she LOVED talking to Charlotte Rae’s family, especially since the two worked closely on The Facts of Life.

She also loved seeing that Nancy McKeon (who played her rival turned best friend Jo)had some of her own pieces from the show, including signs from Edna’s Edibles.

2. She revealed that this season has a ton of fun guests, including famous ice skater Scott Hamilton. Not only does he share things from his career, but he also has an extensive collection of guitars. It started out as a charity project, but he often bid on them himself to not only donate to his charities, but to also have pieces of music history in his collection. (HINT: You will need to tune in to see the amazing things he has collected.)

3. Lisa loves her job and seeing people’s unique collections, but it does leave her with a pang of regret. She admits that throughout her career, she never collected any mementos of her own. Now that she is a grandma, she says that she wishes she had something to share with her granddaughter (and of course her kids!)

4. In addition to her acting, Lisa is currently working as a life coach. She says she loves hr job because she gets to not only help people, but to learn about them as well. She considers herself to be a very curious and inquisitive person, so it is a perfect fit for her. Lisa also says these qualities are the reason why she loves hosting Collector’s Call.

5. There are wedding bells in Lisa’s future! Later on this year, she will walk down the aisle with her love, expanding her family by two members. Not only will her husband be joining her family, but she will also be gaining a seven year old stepson. She says it will give her a chance to be a mom to a young child again and looks forward to bonding with him.

6. She is still a fan of watching Survivor. She is thrilled that her former cast mate Denise is on this season and is of course rooting for her to win. However, don’t count on her making a return to the show herself. Despite the fact that she did well and was a fan favorite, she has no desire to return to the island again at this point.

7. Although there are no plans for a Facts of Life reboot at this point, Lisa revealed where she sees Blair today: Still the same shallow, self centered girl she was back then….in short, she will not have changed a bit!