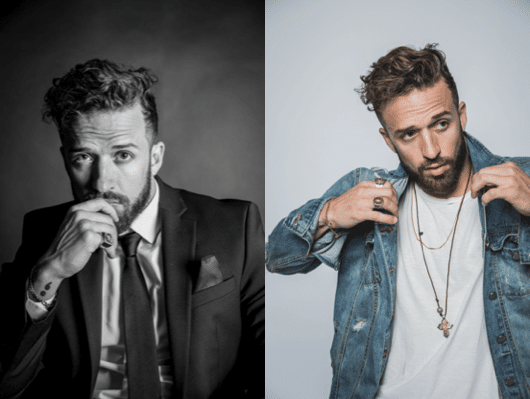 0
Read Time:3 Minute, 10 Second
Henri Esteve talks to TVGrapevine about his new role on grown-ish, life and being an advocate for mental health.
Tell me about yourself and career.

I’m a first generation Cuban American who grew up in Miami. My career started with me falling in love with theatre, and then moving to New York when I was 18. I started studying in NYC at the Strasberg Theatre and Film Institute. From there I went into the NYC theatre scene for a few years, working on everything from Shakespeare at La Mama, etc. to original works in the worst of off off off broadway theatres. I moved to LA in 2013 and started working on ABCs “Revenge.” Since then, I’ve gotten to work on some special projects like Amazon’s “Homecoming” and, of course, currently working on “Grown-ish.”

What is your role on Grown-ish?

I play Javier, a Cuban Republican grad student at Cal-U, by way of Miami. Javier meets Ana when she starts interning with him prior to the elections.

A lot of things. First and foremost, I was attracted to the show and what they are doing, the way they are tackling current day issues and exploring them unbiasedly in a really digestible way for audiences. After that, Javi was interesting to me, because I think he goes against stereotypes and what one would think a “Republican” would look or act like on TV in 2020.

Fun. The Grown-ish cast really is a big group of friends. So coming into an environment like that makes it fun and easy to work in. Everyone is super open and supportive.

What are some of your favorite memories of filming?

Episode 12 was written by one of my best friends, Wade Allain-Marcus, and it was directed by another close friend Nick Wong. That week of shooting was really special. We’ve all known each other for years and it was a cool full circle and reminder that if you stay the course, things you dream about really happen. That sounds a little cheesy but whatever, it’s true.

What is the biggest challenge of playing the role?

Javi and I have really different temperaments so just working on his calmness and patience. Not being so intense all the time.

You also are an advocate for mental health. Tell me about why it’s important to you.

I’ve had my own struggles with it, and just don’t think there is enough information out there, and people who are suffering end up feeling really alone and lost and confused. I think the more we talk about these things, the less taboo they become and the more supportive we become as people. The internet has this crazy ability to make people feel like they have a community around them and also make us feel like we’re not good enough or smart enough or successful enough. So, I just think it’s a really important time to promote mental health and attack the conversation openly and honestly.

I’m writing on a few projects right now, but I am really just looking for the right thing. I don’t want to just work to work. I want to work on things I believe in and am proud to be apart of.

Basketball was my first passion and I was convinced I’d get a growth spurt and have a chance of going pro until I was about 16.