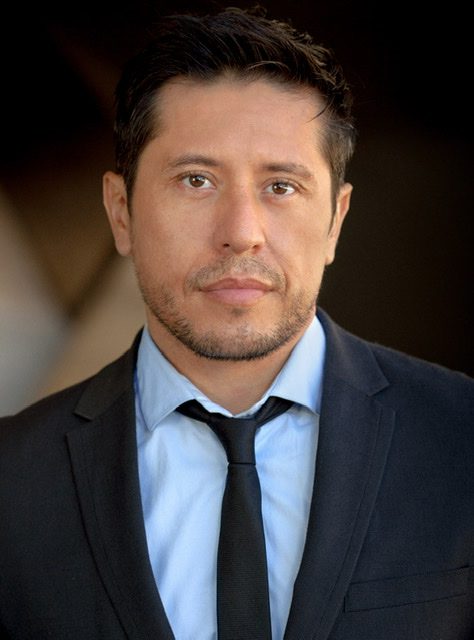 Eddie Martinez is one of the most recognized, handsome faces on TV today. The Colombia born actor has appeared in many hit shows, including Law and Order: Criminal Intent, Orange is the New Black Hawaii Five-0. Each performance is something special and he always leaves us entertained and wanting more.

Now he is appearing in the hit series The Sinner, which airs on USA Network. On the show, he plays Vic Soto, who works with Harry Ambrose, played by Bill Pullman. Vic is a former Marine and recovering alcoholic  who is  on his way to becoming a star detective. He admires Ambrose, who is getting used to having him as a partner.

In a recent interview with TVGrapevine, Eddie revealed that being on the show is a dream come true. He came into the series as a fan, so it was wonderful for him to get to be on the show and work everyone. It was also a treat for him to play a good guy who helps others for a change, since he is usually cast as the bad guy.

He also looks forward to seeing the fan reaction to the season and his character, especially since this season will focus on the WHY of the crime. It is an interesting twist, especially when paired with the growing bond between Vic and Ambrose. He could not give TOO much away as to what will happen,but promised that we will love what we will see unfold. Eddie says that finding the balance for the character proved to be a bit of a challenge, but once he hit his stride, everything came together.

As for working with the cast and crew, Eddie had nothing but good things to say about everyone. He loved working with Pullman, Matt Bomer and Jessica Biel and enjoyed when they had scenes together.

He spoke very highly of the cast and crew, saying everyone made it a wonderful, enjoyable experience.

So what is next for Eddie? He says there are several projects on the horizon, but you will need to stay tuned to see what they are! No matter what though, Eddie will continue to succeed due to his hard work, huge heart and amazing personality.