Trace Lysette has had quite the year in terms of her career. She has appeared in Transparent and Hustlers (thanks to a tweet!) and is well on her way to becoming an icon in her own estimation. See some of her revelations to Ebby Magazine below:

“I’ve been thinking a lot about pay equity. I’m so grateful to do what I do for a living, especially coming from where I come from, but one goal of mine would be to get the financials to match up. It’s nice to accumulate all of this work, acting credits, and these accomplishments, but at the end of the day, we all want to feel safe and secure. For me, it’s about finding that project that makes me feel safe. Part of this feeling is tied to financial security and being able to take care of my mother. Having that feeling to focus on the art, instead of being in survival mode all the time, which has become my norm.”

ON BEING AN TRANS WOMAN/ADVOCATE IN HOLLYWOOD:

“It’s not easy being a pioneer, so I think that‘s something that I’m proud of, being one of the first people to help kick open those doors. I was also really proud of Hustlers earlier this year because it was a major movie, and I got to play a character that wasn‘t even specifically trans. That was pioneering as well. I don’t know, maybe someday somebody will take note of all that [laughs], but in the meantime, I’m still proud of what I’ve accomplished.”

“I think it’s just all of the trans women who came before me. Some of them were my girl-friends like Candis and Laverne and my peers. I’m constantly re-inspired by the resilience of trans women, over and over again. Until the world can get up to speed on what a lot of us go through and manage daily, I’m just in awe of all that we endure. Until the world can see some of our stories, they won’t know all of the intricacies of what we navigate.  Trans women as a whole inspire me, and they give me life.”

Trace is the poster woman for embracing your true self and plans to continue her career and advocacy work in the future. I look forward to seeing what she has planned next and will be cheering her on the entire time! 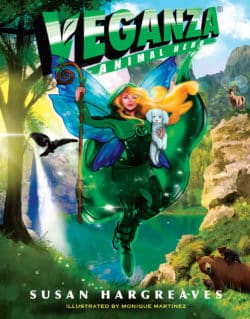 20 years ago, a Preschooler Decided to Help Animals after a Presentation by Animal Hero Kids Founder, Susan Hargreaves 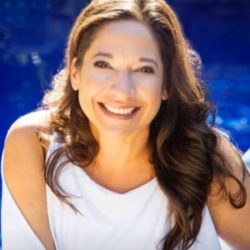 Dawn Witte: Why the Desire to Inspire Foundation is Touching So Many Lives Globally