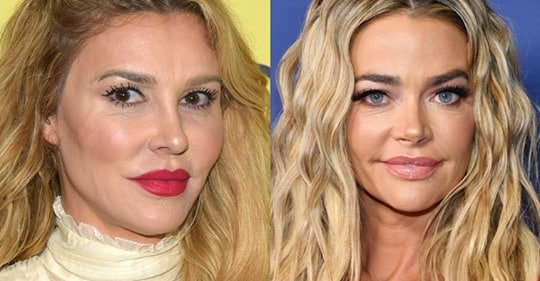 The Real Housewives of Beverly Hills has always been dramatic, but this season will take it to a whole new level, TVGrapevine has learned.

The hit Bravo series, which will return later this year, will focus on the relationship between Denise Richards (who joined the show last season) and Brandi Glanville, who has been on and off the show since season two.

Brandi is claiming that the two women had a sexual relationship after Denise claimed to be in an open marriage.  Viewers saw Denise marry husband Aaron Phypers last season.

“It isn’t true,” her publicist said of  the Daily Mail‘s report that the actress had walked away from filming the reality show due to Glanville allegedly spreading a rumor that the two had a sexual encounter.

While Brandi’s rep has yet to comment, another source says, “What really happened with Brandi and Denise will play out on the season. There is a lot of she said, she said going on. But it’s going to be very dramatic.”

Denise also is said to have skipped the finale party last month.