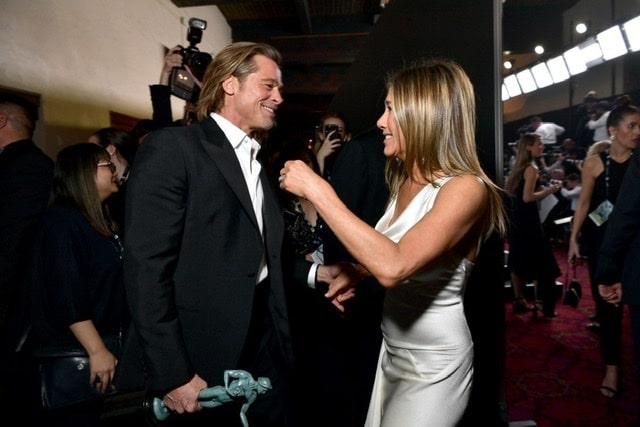 Jennifer Aniston won a SAG Award for her role in Apple TV’s The Morning Show, but it was her ex-husband’s reaction that had everyone talking.

After winning her award and giving a heartfelt speech, attention shifted to Aniston’s ex-husband Brad Pitt, who looked visibly thrilled for the Friends alum. The couple was married from 2000-2005, when he became involved with his Mr. and Mrs. Smith co-star Angelina Jolie.

So how does Aniston feel about Pitt’s reaction? She told Extra that his reaction was “sweet.”

“We’ve all grown up together, we really have. It just feels like a really fun night to celebrate and cheer each other on and keep working,” she added.

Pitt, who also won a SAG Award for One Upon A Time….In Hollywood, seemed thrilled when his ex-wife gave her acceptance speech and running into her backstage. The two seemed friendly, sparking hope that the two will reunite.

Congratulations to both of them on their big SAG wins! 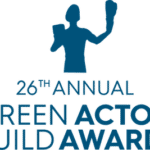 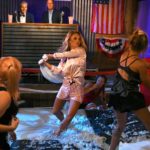