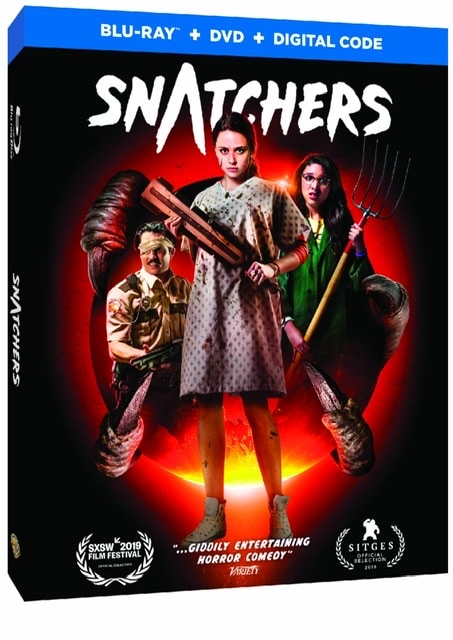 SNATCHERS, one of Variety’s “11 Best Movies of the 2019 SXSW Film Festival,” is available to own  on Digital, and will arrive on Blu-rayTM Combo Pack and DVD on February 18. The original horror comedy full-length feature film is described as a cross between ALIENS meets MEAN GIRLS , and was initially released in new media as a successful short-form series that follows a status-obsessed high school teenager who loses her virginity and finds herself pregnant the next day…with an alien!
In this video, you will find Sara (Mary Nepi) trying to find answers as she questions her ex-boyfriend Skylar (Austin Fryberger) on what happened in Mexico. But does Skylar reveal everything that happened between pina coladas and pool time? Find out when you download the film on all major platforms today!