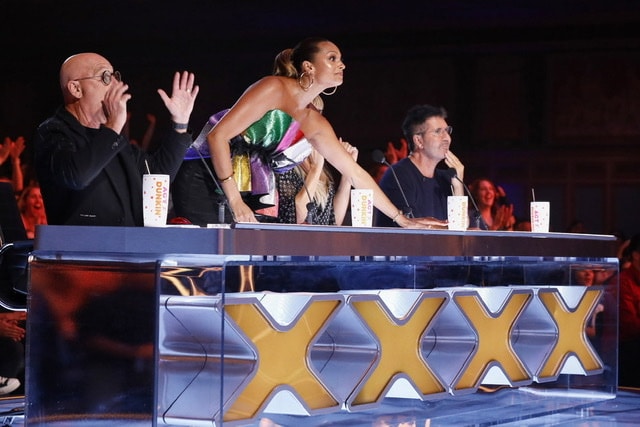 AGT: The Champions continued its second season with ten more acts from all around the world. Terry Crews hosts, while Howie Mandel, Heidi Klum, Simon Cowell and Alesha Dixon judge.

Four of the ten acts will move to the next round. This is determined by Alesha’s Golden Buzzer, the super fans and the judges’ choice.

1. Christian and Percy: Hand Balancer/Dog Act from “America’s Got Talent” 2014 – Finalist: I remember him from his initial act and his first dog Scooby, who has since retired from performing. This act is too cute for words. The dog is sweet and fun to watch and Christian is not only handsome, but incredible when it comes to his balancing and tricks. I would love to see him move on, but my only worry is that he is first up and might get lost in the shuffle.

The judges love the act and especially fall in love with Percy, who apparently loves to give kisses.

2. Voices of Service: Singing Group from “America’s Got Talent 2019” – Finalist: This was my favorite act last year. I was SO disappointed when they didn’t win, so it is great to see them return. I also support all things military and love how this group is made up of service members. I also want to thank them for their service.

Their singing is top notch and they prove that they are here to stay with those voices, that chemistry and the passion they have as a whole.

Simon thinks they could possibly win with performances like these, while the ladies are duly impressed.

3. JJ Pantano: Comedian from“Australia’s Got Talent 2019” – Semi-finalist: He is a seven year old whose shtick is to insult people, including Terry and the judges. I am not personally a fan of this brand of humor, but the judges seem to like him. Howie even quips that he wants to be more like him when he grows up. Okay, then!

4. Emil Rengle: Dancer from “Romania’s Got Talent” 2018 – Winner: He made history by being the first openly gay person to appear on the show…and then win. He looks like he is channeling Britney circa Oops I Did It Again with that outfit. He is fierce in his personality, but his dance and performance lack, earning him two buzzes from Simon and Howie.

5. The Silhouettes: Shadow Dance Group from “America’s Got Talent” season 6 – Finalist: This was my all time favorite act from all the seasons. I was SO disappointed I couldn’t see them perform live. This time, they are even better than ever…..even though only one of the OG members are still performing. Everyone else moved on to other projects. However, these new people do just as well, telling a story of a family who deal with a member going off to war and the relationships they have with each other and the dog. It makes me cry like a toddler at nap time because it is just that good.

Alesha gives them the GOLDEN BUZZER!!!

6. Brian King Joseph: Violinist  from“America’s Got Talent” 2018 – Finalist: WOW, this show helped him get better health insurance and doctors to treat his neuropathy and other health issues. That is wonderful and it seems like he is doing a lot better. I am usually not a fan of violin music, but acts like this change my mind. I could personally do without the extra bells and whistles, but even with it added, he is incredible.

Alesha and Heidi are impressed with him, but Simon was left wanting more.

7. Connie Talbot: Singer from “Britain’s Got Talent” 2007 – Finalist: She was only six when she did the show initially and is now nineteen. She sings an original song accompanied by the piano. She is incredible. I love her voice, I love how she plays the piano and I love her spirit and attitude. Win or lose, she is going places!

The judges agree and think it was a beautiful performance.

8. Sandou Trio Russian Bar: Russian Bar from “America’s Got Talent” 2011 – Semi-finalist: I do not recall them from their initial time on the show, but this act has me on the edge of my seat. It has danger, it has acrobatics, it has a mix of everything one could ever want from a performance like this.

The judges find it scary and admire that they are in it to win it.

9.  Bars & Melody: Singing Duo from “Britain’s Got Talent” 2014 – Finalist: They won the Golden Buzzer and came in third on their season. One raps and one sings, which gives them a unique sound, but they seem very nervous tonight, which kind of works against them.

Simon wishes he saw what he did back then, while the others point out their nerves.

10. Strauss Serpent: Contortionist from “Africa’s Got Talent” 2018 – Winner: He is a former refugee who relied on his talent to get him through. He would perform on the streets to support his family after the death of his father. The act itself is incredible and I never knew anyone could move like that….it looks painful though, OUCH.

That being said, it is something the judges love and say they need him on the show. 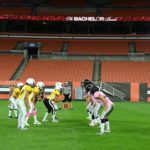 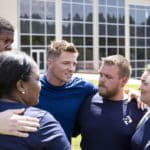