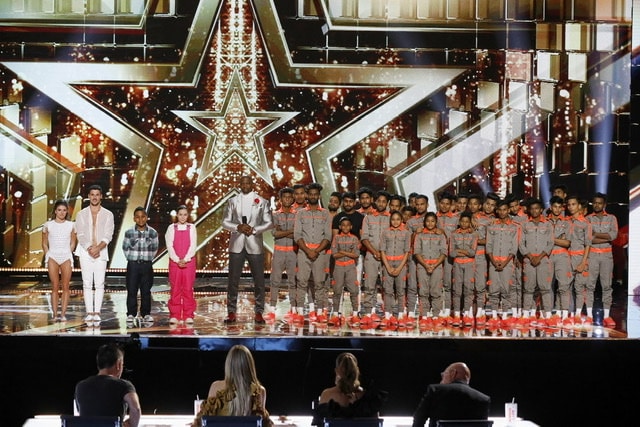 AGT: The Champions continued its second season with ten more acts from all around the world. Terry Crews hosts, while Howie Mandel, Heidi Klum, Simon Cowell and Alesha Dixon judge.

Four of the ten acts will move to the next round. This is determined Howie Mandel’s Golden Buzzer (to make up for Simon stealing his last week), the super fans and the judges’ choice.

1. Alexa Lauenburger – Dog Act – “Das Supertalent” 2017 – Winner/ “Britain’s Got Talent: The Champions” 2019 – Finalist: I am a sucker for these dog acts, they always make me smile. This one is no exception. I can certainly see why she won/was a finalist in the past. It is also so cute she surprised her family with her talent and by training her dogs. It is amazing she did all this at such a young age.

The judges, especially Alesha and Howie, LOVED the act, calling it joyous and amazing.

2. Tyler Butler-Figueroa – Violinist—AGT Finalist 2019: He amazed me a few months ago with his talent and  tonight is no different. He not only can play the violin like nobody’s business, but he has such an incredible backstory due to surviving cancer. He seems so sweet to boot! It is no wonder why he captivates so many people with every performance. I am glad he added the dancing because it gave the performance a little something extra.

The judges think he is extraordinary and authenticity.

3. Ben Hart – Magician –Britain’s Got Talent Finalist 2019: He does some act with rice that is not only confusing for me, but also for the audience. I can honestly say I do not understand any of it at all…especially the ending. It just seems like he lost interest and ended it for no reason at all.

The judges were not fond of it at all, calling it confusing and awkward.

4. Freckled Sky – Projection/Dance Group—AGT Quarter Finalist 2015: This act is quite interesting with the ballet and machinery involved, with a lot of creativity thrown in. It is one of those acts I would love to see live because it is so inventive and ingenious.

However, Simon buzzes them, saying that he isn’t feeling it. However, the other judges think it is beautiful.

5. Moses Concas – Harmonicist/Beatboxer—Italy’s Got Talent winner 2016: He plays the harmonica and beat boxes. AT THE SAME TIME! He also has dancers in the background. It is actually pretty cool and an act I wouldn’t mind seeing live.

However, Simon isn’t a fan,despite the other judges enjoying his performance.

6. V.Unbeatable – Dance Group—AGT Finalists 2019: This was one of my all time favorite acts last season. I was actually shocked they didn’t take the whole thing home. They are just as good as ever, adding amazing, tight dance moves and incredible stunts!

HOWIE GIVES THEM THE GOLDEN BUZZER!!!

7. Michael Grimm – Singer—AGT WINNER 2019: He covers an Etta James song and proves why he won all those years ago. He also kills it with the guitar. However, my worry is that there are so many good acts tonight that he might get lost in the shuffle.

The judges enjoyed it, but note that he seemed nervous and stuck to a ‘safe’ performance.

8. Duo Destiny – Hand to Hand Duo—Poland’s Got Talent Winners 2018: This is a couple who does balance and acrobatics. The dude is also shirtless. It is quite an interesting performance and nothing we have seen at all tonight. The moves are breathtaking and they become another act I wouldn’t mind paying to see live.

Heidi finds the act to be incredibly sexy,while Alesha and Simon find it fantastic. Howie quips that they should consider getting married.

9. Quick Style – Dance Trio—Norway’s Got Talent Winners 2009: They are another dance troupe. They do very well and have good chemistry, but it seems simple compared to what we have seen before. I feel bad, because they are fantastic, but it is truly nothing we haven’t seen before.

Howie buzzes them, while the others think they are ‘fresh.’ Simon just comments on how he doesn’t like the song choice.

10. Miki Dark – Danger Act—Holland’s Got Talent Semi Finalist 2019: This is danger, horror and magic all in one. it is so crazy that I hardly know where to look or what to focus on throughout the entire act. He gets the judges and Terry in on it and they seem scared….but like they are enjoying every minute.

The women love it, but Simon could have done without Heidi screaming. 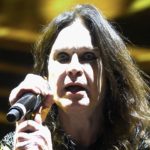 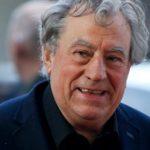