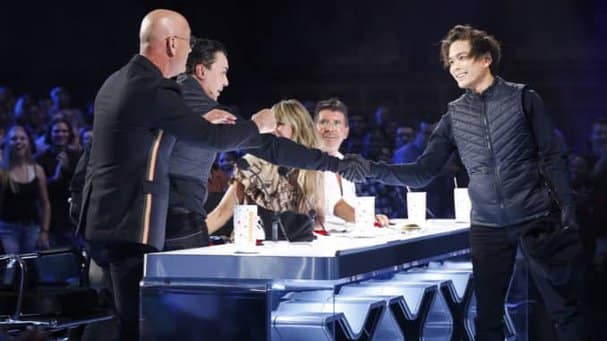 Last night, ten more acts competed in AGT: The Champions. Four of them moved on to the next round. Terry Crews hosts, while Howie Mandel, Simon Cowell, Heidi Klum and Alesha Dixon judge.

Here is a brief recap of the acts:

1. Marcelito Pomoy – Singer – “Pilipinas Got Talent” 2011 – Winner: He was an orphan, homeless and went on the show to find his family, who attended the finale. He’s got an interesting back story and an all around great act. He sings a duet solo….meaning he does both the male and female parts of the song. It’s quite ingenious. I like it.

The judges like it and hope the super fans move him to the next round.

2. Oz Pearlman – Mentalist – “America’s Got Talent” 2015 – Finalist : He was my favorite on his season and tonight he continues to impress. I have no idea how he did all that math and crazy stuff, but alas, here we are. I hope he makes it to the next round because each act he has done in the past and tonight’s prove he is the real deal.

The judges are also impressed, with Heidi calling him the real Wizard of Oz.

3. Boogie Storm – Dance Group – “Britain’s Got Talent” 2016 – Finalist: They dance to hit music dressed as Storm Troopers. Impressive and ‘now.’ Simon had them as his Golden Buzzer the first go round and then steals Howie’s tonight to put them straight to the live shows.

4. Ben Blaque – Danger Act – “Britain’s Got Talent” 2016 – Semi-finalist: I feel so bad because his act fell apart. Alesha is his assistant and she must shoot an arrow—but one of them might kill him. The arrows get jammed, things break and get messed up…although we do cut to commercial during the halfway point to build suspense. He is buzzed and gone.

5. Collabro – Singing Group – “Britain’s Got Talent” 2014 – Winner: They are very boy band-ish and very cute, but don’t do anything to stand out. I like them, but feel like they could have done better.

The judges agree, although Howie admits to liking their act.

6. Ryan Niemiller – Comedian – “America’s Got Talent” 2019 – Finalist: He is just as funny as he was last time. Very self deprecating and reminds me a bit of Jim Gaffigian. I don’t know why, but the similarity is there for me. I just love him!

Howie wishes he could use his buzzer now. Everyone else is enamored by him as well.

8. Marc Spelmann and X – Magician – “Britain’s Got Talent” 2019 – Runner-up: This is incredible. I love it and hope this act moves forward. There are a lot of great moments but nothing compares to finding out X is actually Shin Lin from last year. WOW. I didn’t see that coming at all.

Howie wishes he could have used his buzzer for this one and the other judges say they have chills.

9. Luke Islam – Singer – “America’s Got Talent” 2019 – Semi-finalist: His voice is improving and changing, making this performance better than last year’s. I can see him continuing to do well in the future if he continues to progress like this.

Howie and Simon aren’t that impressed, but the ladies seem to think he has something.

10. Spencer Horsman – Danger Act – “America’s Got Talent” 2012 – Quarter-finalist: He has faced a lot of injuries to get this act right and there is no guarantee he will survive it. He has to release himself from the water by unlocking himself in 30 seconds. He does it in just the nick of time….freaking out his wife, the judges and everyone watching. 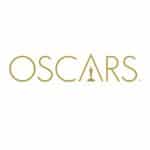 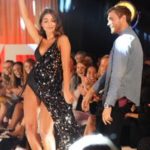