0
Read Time:1 Minute, 54 Second
TVGrapevine is a huge fan of the show Young Sheldon. We were lucky enough to have our amazing buddy Dominic Friesen of Bridge and Tunnel Communications  give us an update on recurring star Wyatt McClure, who has a major role in tonight’s episode. See the news below:
Last night, some of the biggest names from the big and small screens gathered at the historic Globe Theatre in Downtown Los Angeles for the National Film and TV Awards. Among the star-studded crowd, TV Grapevine spotted Primetime’s biggest break-out star, Wyatt McClure (pictured), an actor from Cleveland, OH  who stars as “Billy Sparks” on the mega-hit CBS comedy series, “Young Sheldon,” a spin-off of “Big Bang Theory.” Wyatt is undeniably a fan favorite on “Young Sheldon” as he continues to bring mischief and laughs to the show.
When asked about the Thursday, December 5 episode of “Young Sheldon,” Wyatt — who also presented at the NFTA show — was tight-lipped, but shared that fans can look forward  to “spending time with  Sheldon and eating a lot of cake.” He was quick to defend his character by emphasizing that “Billy was not responsible for the invites — his mom set it all up. Billy knows that more guests means more presents!” For his own upcoming 12th birthday party, the “Young Sheldon” star hopes to “rent out an amusement park for my friends and fans to join me in riding roller coasters all day!”
In addition to his role on “Young  Sheldon,”  Wyatt’s most recent feature film credits include: “Psychos,” “Glass Jaw,” and the “Terror of Hallow’s Eve.” Of course, fans will always remember his break-out role in the timeless tear-jerker, “The Fault in Our Stars” and as co-host of the YouTube series, “Between 2 Phat Kids.” Wyatt is a huge sports fan and a die-hard supporter of all teams from Cleveland, his hometown! He is obsessed with the Indians, the Cavs, and the Browns! Wyatt can tell you everything about his teams, as well as others in the leagues and has a reputation for being a walking knowledge of sports stats!
Wyatt currently lives in Los Angeles where he spends time with his dog, Bella during his time off.
“Young Sheldon” airs Thursdays at 8:00pm on CBS.
Facebook
Twitter
Pinterest
LinkedIn 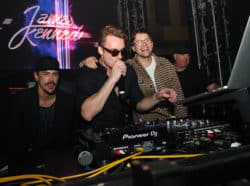 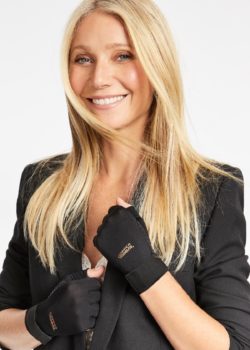