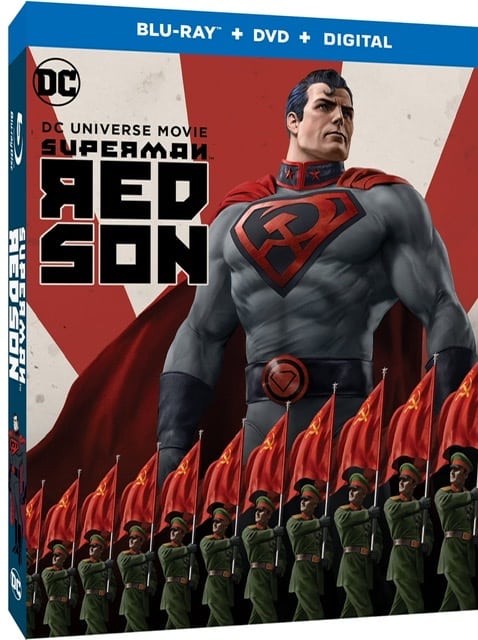 BURBANK, CA (December 18, 2019) – What if the Man of Steel was raised behind the Iron Curtain? So begins DC’s acclaimed Elseworlds story, Superman: Red Son, now the next entry in the popular series of DC Universe Movies. Produced by Warner Bros. Animation and DC, the feature-length animated film arrives – along with a new DC Showcase animated short, Phantom Stranger – from Warner Bros. Home Entertainment on Digital starting February 25, 2020, and on 4K Ultra HD Combo Pack and Blu-rayCombo Pack on March 17, 2020.

Based on DC’s famed Elseworlds tale from 2003, Superman: Red Son takes place in an alternate reality where the spaceship bearing the last survivor of Krypton crash lands – not in rural Kansas, but in Stalinist Russia. Can this Cold War-era Earth survive the coming of a Soviet Superman?

Golden Globe-nominated actor Jason Isaacs leads a stellar cast as the voice of the alternate, Soviet take on Superman. Isaacs, one of the stars of the Harry Potter film franchise, Star Trek: Discovery and more than 120 films and television series, gets his turn as a Super Hero after three memorable appearances in DC Universe Movies as famous Super-Villains from the DC library. Isaacs previously voiced Sinestro in Green Lantern: Emerald Knights, Lex Luthor in Justice League: Gods and Monsters and Ra’s al Ghul in Batman: Under the Red Hood.

Superman: Red Son is produced and directed by Sam Liu (Reign of the Supermen) from a script by J.M. DeMatteis (Batman: Bad Blood, Constantine: City of Demons). Jim Krieg (Batman: Gotham by Gaslight) is co-producer. Amy McKenna (The Death of Superman) is producer. Executive Producers are Sam Register and Bruce Timm (Batman: The Animated Series).

On February 25, 2020, Superman: Red Son will be available to own in high definition and standard definition from select digital retailers including Amazon, the Apple TV app, FandangoNOW, PlayStation, Vudu, Xbox and others. On March 17, 2020, Superman: Red Son will be made available digitally on Video On Demand services from cable and satellite providers, and on select gaming consoles.

Movies Anywhere is a digital movie platform that enables movie fans to discover, access, and watch their favorite digital movies in one place. Movies Anywhere brings together a library of nearly 7,500 digital movies from Sony Pictures, Twentieth Century Fox Film, The Walt Disney Studios (including Disney, Pixar, Marvel Studios and Lucasfilm), Universal Pictures (including DreamWorks and Illumination Entertainment) and Warner Bros., and will continue to expand the consumer experience as more content providers, digital retailers and platforms are added. By connecting participating digital retailers that include Amazon Prime Video,  the Apple TV app, FandangoNOW, Google Play, and Vudu, movie fans can now bring together their digital movie collections (whether purchased or redeemed) in one place and enjoy them from the comfort of their living rooms, and across multiple devices and platforms, including Amazon Fire devices; Android devices and Android TV; Apple TV, iPhone, iPad and iPod touch; Chromecast; Roku® devices and popular browsers. Movie fans can also redeem digital codes found in eligible Blu-ray and DVD disc packages from participating studios and enjoy them through Movies Anywhere. Movies Anywhere – your movies, together at last.

Digital movies or TV episodes allow fans to watch a digital version of their movie or TV show anywhere, on their favorite devices. Digital movies or TV episodes are included with the purchase of specially marked Blu-ray discs. With digital, consumers are able to instantly stream and download movies and TV shows to TVs, computers, tablets and smartphones through retail services. For more information on compatible devices and services go to wb.com/digitalmoviefaq. Consult a digital retailer for details and requirements and for a list of digital-compatible devices.

DC is one of the largest English-language publishers of comics and graphic novels in the world and home to some of the most iconic and recognizable characters ever created. As a creative unit of WarnerMedia, DC is charged with strategically integrating its stories and characters across film, television, consumer products, home entertainment, interactive games and the DC Universe subscription streaming service. For more information visit dccomics.com

SUPERMAN and all related characters and elements are trademarks of and © DC.  © 2019 Warner Bros. Entertainment Inc. 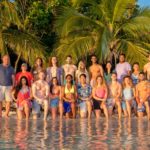 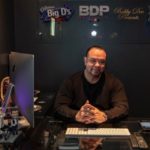