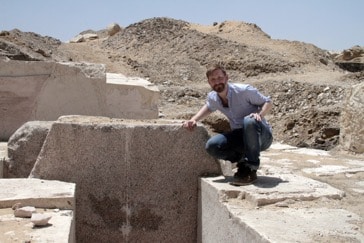 Smithsonian Channel just released their schedule for January 2020. Check it out below.

Some of the deadliest air crashes in history have been caused by simple misunderstandings. It was a tiny error in the cockpit that brought tragedy to Quincy Airport in Illinois. A minor mistake, a non-standard approach, and heavy smoke added up to a tragic misunderstanding that cost the lives of everyone on board Garuda Indonesia Flight 152. However disastrous, never has a misunderstanding been more devastating than on the island of Tenerife causing the single deadliest aviation accident of all time.

The SS El Faro container ship is traveling with 33 crew members from Jacksonville, Florida to San Juan, Puerto Rico when nearby Hurricane Joaquin worsens and the crew finds themselves just 20 miles from the eye of the then-Category 4 hurricane. Why did an experienced crew with up-to-date weather equipment end up on such a deadly course? With the storm passed and the ship nowhere to be found, investigators explore the answers at the bottom of the sea to recover the ship’s black box.

Featuring Smithsonian Channel’s diverse programming, HISTORY OF THE WORLD spotlights previously-aired episodes that chart world history, starting with the origin of life on earth, the rise of civilization, empires, the Middle Ages, the modern age, the present and beyond. The marathon kicks-off on Saturday, January 11 and runs every Saturday through February 15.

On every flight, passengers place their lives in the hands of their captain whose human flaws are enough to bring down an aircraft. When BEA Flight 548 crashed just moments after takeoff, investigators unraveled a tragic combination of human factors centered around the captain. Also, a captain’s belligerence paralyzed the first officer on Northwest Airlink Flight 5719, and a captain’s hidden flaw proved fatal for everyone on board Trans Colorado Flight 2286.

The MS Norman Atlantic ferry is transporting 417 passengers and nearly 200 cars and trucks from Greece to Italy during the holiday rush when the fire alarm sounds on the bridge. The crew tries to respond, but the fire is too intense and the ship is quickly engulfed in flames. 33 lives are presumed lost at sea and nearly all the evidence has been destroyed by the fire – except for the black box which recorded all the conversations on the bridge. With that audio, investigators create a timeline of the disaster and discover the fire was burning out of control less than 15 minutes after the first sighting of smoke.

BATTLE OF LITTLE BIGHORN explores how the proliferation of the telegraph and burgeoning newspaper industry led to a simultaneous news break across the country. The inaccurate and dramatized reporting resulted in an American public both outraged and captivated; with no white survivors left to tell the tale, a decisive 19th-century conspiracy theory was born. The special visits the National Museum of Natural History’s National Anthropological Archives to examine rare original drawings created by Lakota Chief Red Horse – a pictorial version of his testimony of the events at Bighorn – and notes the obvious absence of the fabled “Custer’s Last Stand” image depicted on the battlefield.

It takes years of training to become an airline captain, but it’s when a crisis strikes that a pilot really earns their stripes. An airliner was crippled after takeoff from New York’s LaGuardia Airport, and the courageous captain pulled off an amphibious landing in the Hudson River. A catastrophic failure struck high above the Canadian Prairies turning a Boeing 767 into a very large and very heavy glider, and when the engines of TACA Flight 110 flamed out in a violent storm, its captain pulled off one of the most remarkable landings in the history of commercial aviation.

On March 21, 2006, the MV Queen of the North is on an overnight trip along Canada’s west coast when the ship hits a rock, the hull is torn open and water pours into the engine room. Canada’s Transportation Safety Board launches an investigation to understand how the ship moved so far off course. The ship was not required to carry a Voyage Data Recorder, but rumors of an extra-marital affair between two of the bridge crew members suggest that they were distracted from their duties and failed to keep a proper lookout.

Even today it is considered one of the greatest military feats ever. In 218 BC, a Carthaginian army of ninety thousand men and three dozen elephants set out to cross the Alps to challenge the might of Rome. The exact route chosen by Hannibal, its charismatic commander, has been a matter of dispute ever since. Now, researchers believe they might be able to track his route. Their evidence – horse manure.

Sometimes the trust between pilots and their planes breaks down, and the cockpit inadvertently becomes a struggle that pits man against machine. Eager crowds gathered at an air show to watch the new pride of French aviation, but witnessed a fiery disaster, instead. During a routine test flight, one of the world’s most advanced planes nosedived into the Mediterranean, and when a packed Airbus disappeared over the Atlantic, investigators faced a two-year deep-sea search for answers.

Investigators struggle to understand the deadliest fishing disaster in the last 50 years – one that left an entire crew of 15 on the Arctic Rose lost at sea off the coast of Alaska. Experts consider the rough seas and frigid temperatures to be the causes for the vessel sinking, but there is no evidence to prove that the Arctic Rose was overwhelmed. Immersion suits are critical to surviving icy waters, but why was the captain the only one with his suit on before the ship went down? Experts lower an ROV equipped with cameras to the bottom of the Bering Sea to find a large hatch, leading to the processing area, wide open.

In the barren desert of Northern Egypt an astonishing discovery was made — a pyramid with a sealed burial chamber. When archaeologists opened it, an ancient crime scene was revealed. It led the team to explore the murky world of tomb raiders and pharaoh’s gold to solve a 4000-year-old mystery.