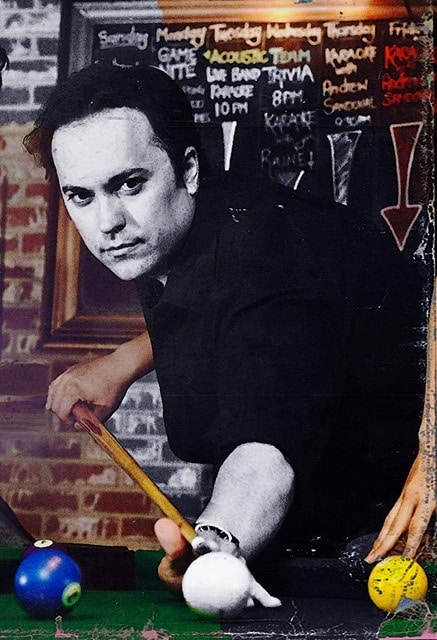 The multi-talented Jimmy  Drain took some time recently to talk to TVGrapevine about his life, career and more!

Hi, I’m Jimmy Drain, was born and raised in Englewood, Colorado.  I started out as a basketball player, but I found my niche in the craft of acting and producing, ultimately story telling and the rhetoric of communication through film making, thats my passion.

Myself and my company ThunderKnight Entertainment LTD are finishing up two feature films, one entitled “THE INITIATION” staing Hollywood action legends Vernon Wells, RIchard Tyson, Mel Novak also with Naomi Grossman (American Horror Story) and directed by Brian McCulley.   We are also putting the final touches on a horror/thriller anthology entitled “Realm Of Shadows”, which is a collection of macabre and startling short tales woven into a collective piece.  This one is headlined by the Candyman himself, horror legend Mr. Tony Todd.

Both films deal with the aspect of reality horror and the occult.  The aspects of such stories that could in fact actually happen in real life fascinate me.  So I joined forces with a few screenwriters and we cooked some good stories up, some based on true events.  So any type of story that gets down to the nitty gritty of spirituality and good versus evil really attracts me, and I hope I can produce these types of films for the rest of my career.

I hope they are enthralled with the subject matter, but of course mainly the execution of the productions, and if it can elevate them on a spiritual level.  Besides entertaining and educating them, elevation is the main goal.

I’ve already had the nice opportunities of working with people who I have admired for quite awhile as a fan of film.  I remember working with Tony Todd on set and being besides myself that I actually am in a scene with a guy whom at one point I sat in a theatre and watched on the big screen in two of my favorite films “The Crow” and the remake of “Night Of The Living Dead”.  Another memorable moment was that while shooting on a comedy film once, I was charged by a wild horse, but since I learned the craft of acting a few years before, I just stayed calm, and right before impact the horse changed paths and avoided me.  Quite the mind over matter moment on set.

I actually think finishing up THE INITIATION here as we speak is the biggest challenge, as it has the largest cast for any film I’ve ever produced, and I am also acting in the film. I love these challenges…it’s like climbing a mountain.

My dream project would be to produce one of my own scripts, on a large hollywood budget, and not have too much interference from the big boys at the studios.  It is not impossible…so that’s the goal.  Once there…just to keep afloat and alive and continue big films that impact society.

A lot of my all time favorites are either retired or very old now.  The one or two actors I really want to work still in the game however should remain a mystery, as I don’t want to jinx it…haha:)

Aside from the two features we are finishing now, I have two other feature films lined up.  A psychological thriller “Men Mistaken For God” written by the same writer of The Initiation Ty.M.C. and “Less Than Human” by Gary Raisor.  A wonderful genre piece that could explode on the scene…it’s like “Lost Boys” meets “The Color Of Money”

That I am actually double jointed and can blow spit bubbles;) lol

I actually do not watch episodic T.V. at all.  I watch a lot of history type programs and documentaries on organized crime, religion and the paranormal.

Yes, please stay off of dope and hardcore drugs, it’s tearing up the country.  And please be aware of what your/our children are exposed too.  And lastly keep the faith America!