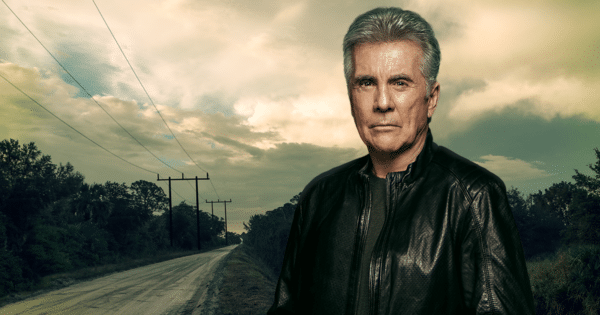 After a successful first season where eight featured fugitives have already been brought to justice, Investigation Discovery and victims’ rights advocate John Walsh are teaming once again to hunt down persons of interest and find missing children with a second season of IN PURSUIT WITH JOHN WALSH. In the series, John Walsh and his son, Callahan Walsh, introduce ID’s active and engaged audience to unsolved violent crimes that urgently need to be closed.

IN PURSUIT relies on leads from ID’s viewers who may have seen something that would help authorities, with all calls and online tips vetted by experts and followed up on by the appropriate authorities, including local law enforcement, FBI, and the U.S. Marshals.

As part of its commitment to justice, Investigation Discovery operates an active call center at 833-3-PURSUE and dedicated online hub at InPursuitTips.com, with trained professionals who keep the anonymity of sources in utmost confidence. Additionally, in partnership with the National Center for Missing & Exploited Children (NCMEC), the series also features two missing children each hour, providing age-progression photos when possible and descriptions in the hopes that viewers can provide new leads to their whereabouts. The 12-episode, season two premiere IN PURSUIT WITH JOHN WALSH airs on Wednesday, January 15 at 10/9c Investigation Discovery, America’s leading true-crime channel.

“Pairing icon of justice, John Walsh, with ID’s uniquely engaged audience and our reach as a global brand has resulted already in the capture of violent fugitives, who would otherwise have threatened the safety of our nation’s families and children,” said Henry Schleiff, Group President of Investigation Discovery, Travel Channel, American Heroes Channel, and Destination America.  “Indeed, we are immensely proud to present this second season of IN PURSUIT WITH JOHN WALSH, which enables us to continue our mission to create active television that makes an impact far beyond the hour it is on the air.”

To engage with the show, viewers are encouraged to connect using #TeamInPursuit, join the IN PURSUIT WITH JOHN WALSH Facebook page at Facebook.com/InPursuitwithJohnWalsh, and connect on Instagram @InvestigationDiscovery or Twitter @DiscoveryID. Additionally, for anyone looking to share news about cases, ID has created a community to connect with one another at Facebook.com/MissingandWanted.

In the premiere episode airing on Wednesday, January 15 at 10/9c, John follows the trail of fugitive Leroy Headley who called 911 in South Burlington, Vermont, claiming to have shot his girlfriend. Police set down a dark and twisting path that unravels a history of violence, but authorities believe they’re not too far behind this alleged killer and are hoping ID’s viewers can help bring him to justice once and for all. Then, Cal goes on the ground in Abilene, Texas and uncovers hidden truths behind the case of Jeffrey Forrest, a church daycare worker who is accused of sexual abuse of children in his care. But after he failed to turn up at trial, police are now searching for a dangerous alleged sexual predator on the run.

John Walsh is known internationally as a crime fighter, victims’ advocate and Emmy Award-winning host of “America’s Most Wanted,” the reality program that helped law enforcement capture more than 1,200 fugitives and brought home more than 50 missing children. He never sought the role,but fighting for justice has been his mission since July 27, 1981 – the day his 6-year-old son, Adam, was abducted from a Hollywood, Fla. mall near their home. Adam’s remains were found two weeks later. Through their experience, Walsh and his wife Revé, realized that the nation was in desperate need of leadership in the fight to protect children. Out of their pain, the National Center for Missing & Exploited Children was created in 1984, after President Ronald Reagan signed the “Missing Children’s Assistance Act.” Walsh has been honored numerous times by many local, state and federal agencies. In addition to being named “Man of the Year” by both the U.S. Marshals Service and the FBI, John was made an honorary U.S. Marshal. He is only one of three people to receive this honor in the organization’s history. Walsh has been the driving force behind major pieces of child protection legislation. This work led to him being honored five times by four presidents. The Walshes had three more children after Adam and John continues to fight for victims’ rights.

Callahan Walsh is a child advocate for the National Center for Missing & Exploited Children (NCMEC). At the National Center, Callahan works together with law enforcement, including the U.S. Marshals Service, to further NCMEC’s mission and to help change laws in favor of child victims. He is the son of John and Revé Walsh, who co-founded NCMEC in 1984 after the kidnapping and murder of their first son, Adam Walsh. Following in his parent’s footsteps, Callahan has focused his energy on helping find missing children, reducing child sexual exploitation and preventing child victimization.

About the National Center for Missing & Exploited Children

Since 1984, the National Center for Missing & Exploited Children® has served as the leading private, nonprofit organization helping to find missing children, reduce child sexual exploitation and prevent future victimization. As part of its work as the clearinghouse and resource center on issues relating to missing and exploited children, NCMEC operates a hotline, 1-800-THE-LOST® (1-800-843-5678), and has assisted in the recovery of more than 311,000 missing children. NCMEC also operates the CyberTipline®, a mechanism for reporting suspected child sexual exploitation, which has received more than 60 million reports. To learn more about NCMEC, visit www.missingkids.org.