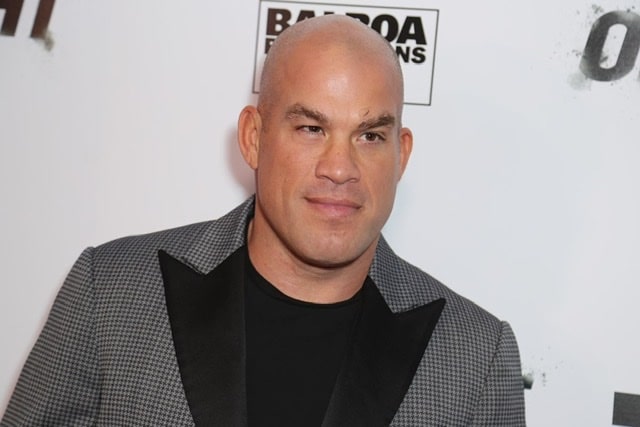 Tito Ortiz has been a big name in MMA fighting for several years. His commanding presence and impressive moves have made him an unforgettable force in the sport and as always, he shows no signs of slowing down.

Now the handsome fighter/actor is preparing for his latest fight, set to take place this weekend, live on pay-per-view. His opponent is Alberto El Patron and he promises that this fight will be one you will definitely want to see.

Tito recently took time to talk to Tito in an exclusive interview. Below are some of the highlights of our chat.

1. In order to prepare for the fight, Tito trains three times a day, six days a week. He does everything from ju-jit-su to cycling and everything in between, burning over 4000 calories per day. In order to keep up his strength, he eats a very clean diet with no sugar, sodas or fast food. However, he does use Sundays to rest and gorge on his favorite cheat food—MEXICAN! His favorites include rice and beans and lots of cheese.

2. While MMA fighting is his big passion, he is also falling in love with acting. In fact, he is going to be in a new movie with the legendary Bruce Willis. The movie, set to come out soon, is called Trauma Center and focuses around a woman trying to escape two killers. She must rely on a cop to save her life, only to end up in more danger.

Tito plays one of the detectives and while he could not give too much away, he did reveal that his character takes a different turn….but you will need to see the movie in order to find out what he means.

3. While many people see Tito as being a role model for others, the truth is, he does not consider himself to be one at all. He explained that he doesn’t want to have someone model themselves after him, but to see him for who he is and look to him as more of an inspiration. He admits he made a lot of mistakes, which he learned from and hopes people see that he is learning lessons and doin the best he can every day. At the end of the day, he is a mellow, chill guy who loves his family.

4. Now that the holidays are approaching, Tito is happily preparing to celebrate with friends and family. One of his favorite traditions is going around the table on Thanksgiving and allowing each person to say what they are most thankful for in life. It is a tradition he did with his own family and since passed down to his friends and other loved ones.

5. Tito considers himself to be a big movie buff. He loves to relax by turning on some of his favorite flicks after a long day. Some of his go-tos include Goodfellas, Forrest Gump and Wold of Wall Street.

He is also an avid news watcher and watches both sides before coming to a decision on an issue. He considers himself to be a free thinker and loves learning about what is going on in the world.

Tune into his big fight this weekend!