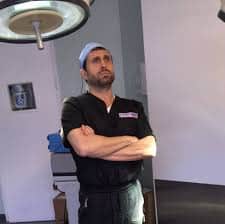 Dr. Michael Salzhauer, best known as Dr. Miami,  is one of those people who is intelligent, funny and can make someone smile within the first few minutes of meeting him. He has had an incredible, decades long career and shows no signs of slowing down. His specialty is plastic surgery and he loves to make people feel better and more confident. In short, he is the real life version of Dr. McDreamy.

Now the famous doctor is hard at work on several new projects, in addition to his medical practice. He is one of the people responsible for creating the penis implant. This was recently performed for the first time and while it caused some controversy (due to being done on a social media platform), it is something that is making history in the explained that the procedure is done in a similar fashion to a breast implant.

He is also responsible for the Brazilian butt lift, making sure that doctors who perform it do it properly. He is an advocate for the safety of the procedure and hopes that those who decide to undergo the surgery make sure they do their homework. Dr. Miami advises those who want the surgery to make sure the doctors use proper equipment and do NOT inject into the muscle.

In addition, Dr. Miami is working on a documentary on his life, as well as a podcast, which he describes as being like The Doctors meets Loveline. He looks forward to seeing the reaction from the public and seeing what happens next in his career.