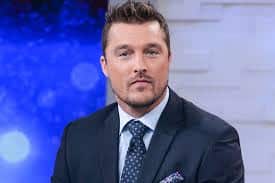 Chris Soules, who is best known for being Prince Farming on ABC’s The Bachelor, opened up to People about his life after  the accident that led to the death of a man and him facing criminal charges. He is currently under probation for the next two years.

(New York) – Nearly two-and-a-half years after Chris Soules was involved in a car accident that left one man dead, the former Bachelor star is opening up about the dark days that followed.

In a PEOPLE exclusive sneak peek of an upcoming episode of former Bachelor Ben Higgins and Bachelor in Paradise star Ashley Iaconetti‘s Almost Famous podcast, Soules shares his side of the story, how the tragedy has impacted his life, and how he is continuing to heal.

“There was a period after the accident that I didn’t want to get out of bed,” says Soules, 38. “There was no hope left in life for me. I was severely depressed and scared. There was nothing left to live for.”

“But you take it one day at a time. Luckily, I have a family that is super supportive and friends that gave everything they could to keep my head in a relatively good space. I’m not going to lie, there were moments I didn’t think it was worth waking up,” he admits. “The worst things you could possibly think, I’ve thought.”