Marriage Story is one of the newest movies on Netflix and in select theaters that has ‘AWARD WINNER’ written all over it. From the top notch acting to the incredible writing, it is sure to be a runaway hit at several awards shows this season.

The movie, which stars Adam Driver and Scarlett Johansson, tells the story of Charlie and Nicole, a couple going through a divorce and the emotions that follow, especially when it comes to their child. Both actors do an incredible job getting into the emotion of the divorce and dealing with conflicting lawyers (played by Laura Dern and Alan Alda). The directing from Noah Baumbach is top notch and I have no doubt that this movie will make him even more memorable than he already is in the business.

In a recent press conference with media, several of the actors discussed the movie and what went into making it. Below are some of the highlights: (The following are excerpts from the transcript from the press conference.

On the Symbolism of the Characters (Regarding the divorce process):

ALAN ALDA:  I don’t know how symbolic the characters are. I think they’re drawn from life, from life experiences. And Noah has told me and Noah can speak for himself, but he’s told me it wasn’t his own personal experience that led to the depiction of these characters. It was people he knows very well who told him stories. There’s actual lines of dialogue in the movie that come from Noah’s experience in life and the experience of others. So it’s not so much symbolic as it is a picture of what you find. If you enter into that jungle, the beasts can be formidable. Now it’s your turn.

LAURA DERN:  I, too, would speak to how Noah’s collected all our stories as he said from love stories to break ups to divorces from the child perspective, from one of the adult perspectives. But what holds, and I’m only speaking as an audience for me, that I think is captured in each of our character’s journeys is that it is extraordinary to find two people on a path that have their own trajectory. And he’s allowed this antagonist to kind of take a hard left turn away from where you think you’re going. And the tragedy, which I think people can only realize once they’ve been through it, is that the child is the forgotten part of the story, even though in the lawyer’s journey and even the parents, it’s all about the child. And that you can start with it’s all about the child and end with everyone being forced to forget as you’re fighting for your life or saving a dime or getting a college education for your kid. All that is forgotten in this battle that’s serving the people who really want to be the winners, which have nothing to do with the family members in the story. And how each of us get to be part of that is just amazing, amazing. Because tragically as we all know, from whatever our journeys or friends or family’s journeys have been or childhood, this is the story of the business of family law.

NOAH BAUMBACH:  Yeah. I don’t know how symbolic it is. I didn’t think of it as a symbol, because it’s not a playable action. I can’t — in the scenes, I can’t play symbolic. It doesn’t. So I don’t. I don’t think of it as an end result that way. You’re too busy like getting lost in the minutia of filmmaking when you’re shooting it that it turns into like I need to stand in and need to say the right thing and mean it and all those things. So I think if it comes across that way as to you as a symbol of this thing, if anything, it’s just a testament to Noah’s writing that he did this, kind of the impossible hat trick of writing something that’s really specific and having it be resonant to a large audience. It’s kind of like what you always hope you’re doing is making it as personal and intimate as possible, but somehow a culture that has nothing to do with you or hasn’t been in that experience, relates to the humanity in it. And that’s a rare feat.

NOAH BAUMBACH:  This movie is, yeah, it was so much about performance and so much — I have nothing to hide behind. The actors are my special effect in a way. It’s like they’re everything for this movie. And when you have actors like this, you have the luxury I find to let them exist in the space. The space is also an important part of the movie as it’s referenced throughout the space in Los Angeles. But also the space between people. And I found it was a way to visually, on one hand, to let the actors really have their own rhythm and momentum. We rehearsed these scenes exhaustively, and they’re all very blocked out. But to your point, when you do cut, or when you go into close up after being sort of in the room and letting them breathe, I find that it has a different — we’re having a — the mic is being selective at what it thinks you want to hear and don’t want to hear. Yeah. Exactly. Yeah. The transcript will be brilliant. All the ums and you knows gone. But when you do cut, it has another meaning I find. If you’re cutting throughout a scene, that’s fine. It might be right for some scenes. But then I find it has a whole new impact. I always think of, I remember watching Vertigo, the Hitchcock movie. And it’s early on in the movie and Jimmy Stewart is going — he’s trying to prove to Midge, his friend, that he’s fine. He’s fine with the Vertigo and he’s going up and down. He’s like showing her up and down. He’s sort of flaunting it on a stepstool, but then he’s near a window and he looks out the window, and of course he gets the vertigo. And they cut. And you realize it’s the first time there’s been a close up in the whole movie and it blows your mind. And it’s just a close up. And something that Robbie Ryan, who shot the movie, that he and talked a lot about was sort of the meaning of a close up. And when you have these actors in these spaces and this internal life that they’re bringing, it’s one of those things where a close up can feel like the most interesting greatest shot in a movie ever. And you know, it’s just somebody’s face.

The movie airs on Netflix and select theaters. 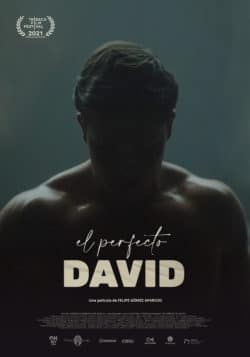