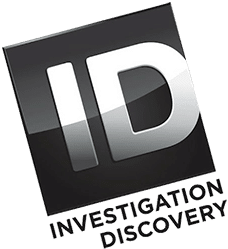 (New York, NY) – How many lies does it take to make someone a liar? For Detective Fil Waters, the answer is one. Throughout his storied career, Det. Waters has made a name for himself as one of Houston’s most successful interrogators to date. Fil is known for his smooth-talking style, which coupled with his relentless pursuit of justice enables him to dig deep into the psyche of a culprit, using questions and context to unearth jaw-dropping confessions. With a calm but stern demeanor, Fil uses strategic lines of questioning to lay out the facts his team has cultivated during their investigation, backing the perpetrator into a corner where they know they have no option but to tell the truth. When Fil is asking the questions, unexpected criminals come clean, shirking suspects relent, and dodging defendants surrender. In this six-part series, Fil recounts his most shocking cases, showing how his keen detective work allows him to convince prime suspects to lower their guard and reveal answers that police never saw coming. THE INTERROGATOR premieres on Thursday, December 5th at 10/9ct, only on Investigation Discovery.

“At ID, we pride ourselves on having the most talented and dedicated law enforcement officers on the air, and Detective Fil Waters is no exception,” says Henry Schleiff, Group President of Investigation Discovery, Travel Channel, American Heroes Channel and Destination America. “Having helped to solve over 400 cases involving murder, Detective Waters has used his unique instinct and tactical interrogation skills to elicit confessions – and, in this new and informative series, he tells us how he did it!”

In this series, viewers are taken straight from their living rooms into the interrogation room, where they witness firsthand how Det. Waters uses his questions to craft the pathway to answers. These interrogations, coupled with Det. Waters’ scrupulous and tireless detective work, showcase a strategy and expertise that only a top-notch homicide detective can develop.

Upcoming episodes of THE INTERROGATOR include:

A mother’s worst nightmare becomes a reality when her 12-year-old son goes missing. Just minutes before his disappearance, the young boy calls his mother at work but a co-worker answers. Another voice is heard uttering obscenities in the background. By the time his mother reaches the phone, the line goes dead. All of this happens on Christmas Eve. In one of Detective Fil Waters’ most personal cases, he soon learns this is not the first time the child has vanished. And as a seasoned investigator, he will stop at nothing to uncover what happened to the boy.

When a teenager finds her beloved neighbor, Rebecca Claybrook, beaten to death in her own home, the young woman is determined to help the police catch her killer. As soon as Detective Fil Waters is called to the scene, it’s obvious to him that the victim knew her killer and this was personal. The seasoned investigator soon learns there are many interesting men in her life including a pimply-faced teen stalker, a man she calls “Hunk of Love”; an ex-boyfriend who wants more; and a friend’s live-in lover. But it’s a license plate on a broken-down car spotted near the crime scene that leads Detective Waters to the truth.

When two Yellow Cab drivers are murdered in less than a week, the city of Houston is thrown into a frenzy. It’s up to Detective Fil Waters and his partner to catch the killers before it turns into a deadly chain of serial murders. Waters tracks down audio recordings of the same female voice calling dispatch for a ride, luring the taxi drivers to their deaths. And that’s not all – one of the homicides is captured on tape and a deadly duo appears to be involved. Could they be a modern day “Bonnie and Clyde”?

As she’s leaving for work, a young woman finds her sister shot to death on the pavement just outside their apartment. The victim, Aidee Reyna, was out celebrating her 30th birthday with friends just hours before. After interviewing multiple witnesses and suspects, including her ex-husband and a shady ex-boyfriend, Detective Fil Waters uncovers a shocking lead that ultimately connects the killer to the victim’s bank card. The most unnerving part? The confession is caught on video.

Two generations of the tight-knit Contreras family are shot in broad daylight while they are working at their family-owned car dealership, and a small community is left in shock. To law enforcement, the killings had the appearance of a hired hit. After an intense four-month investigation that goes cold, Det. Fil Waters boils it all down thanks to an eye-witness, a scorned woman, and a video tape. The memories of this case will remain with Det. Waters for the rest of his life.

28-year-old Jennifer McKinley is strangled to death in her bedroom while her young son sleeps. As Detective Fil Waters digs into the mystery, he soon sees a pattern that isn’t good. The victim’s own mother was murdered twenty-five years earlier when Jennifer was only two, and that case has never been solved. Could there be a connection between the two homicides, and could her young son be in danger as well?