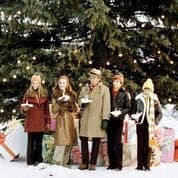 CULVER CITY, CA – November 15, 2019 – getTV kicks off its fifth annual “Most Wonderful Month of the Year” Christmas programming celebration beginning November 17 with classic holiday-themed variety shows, movies and sitcom episodes that will delight viewers of all ages with the spirit of the season.

Jeff Meier, SVP Programming and General Manager of getTV said, “From Christmas variety specials hosted by musical greats like Bing Crosby, Andy Williams, Johnny Cash and Perry Como to heartwarming  and hilarious Christmas movie favorites, to memorable Christmas-themed episodes of such popular comedy series as “All in the Family,” “Married with Children” and “Hot in Cleveland,” getTV is THE destination for classic holiday entertainment this season.”

On Black Friday, November 29 and on Christmas Eve Tuesday December 24 beginning at 6AM ET getTV will present a 24-Hour White Christmas Marathonfeaturing seven of Bing Crosby’s Christmas specials from the ‘70s–six of which have not been seen since they were originally broadcast over 40 years ago–with such guest stars as Sally Struthers, Jackie Gleason, Fred Astaire, Robert Goulet, Michael Landon, Connie Stevens, Bernadette Peters, Twiggy, Kathryn Crosby and more. Leading into midnight EST on Christmas Eve, getTV will be featuring “Bing Crosby’s Merrie Olde Christmas” special from 1977. This special was the star’s final appearance, filmed just prior to his death and aired afterward. The show’s highlight is his legendary cross-generational duet with Rock & Roll Hall of Famer David Bowie, “Peace On Earth/Little Drummer Boy.”

On Saturday November 30 12 noon-10PM ET and Monday, December 23 beginning 6AM for 24 hours, getTV will air Christmas-themed sitcom episodes, including “All in The Family,” “Married with Children,” “Hot in Cleveland,” “Sanford and Son,” “Amen,” “Good Times,” “The Steve Harvey Show” and “Designing Women.”

For full November and December schedules, go to www.get.tv.

Anchored by Sony Pictures Entertainment’s vast TV and film library, getTV is a national TV network dedicated to your favorite movies and TV series. getTV features action, crime, vintage comedy and western TV series along with classic motion pictures from all eras. For information, visit get.tv and connect with the network on Facebook and Twitter @getTV. 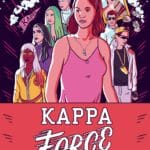 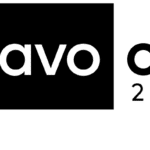