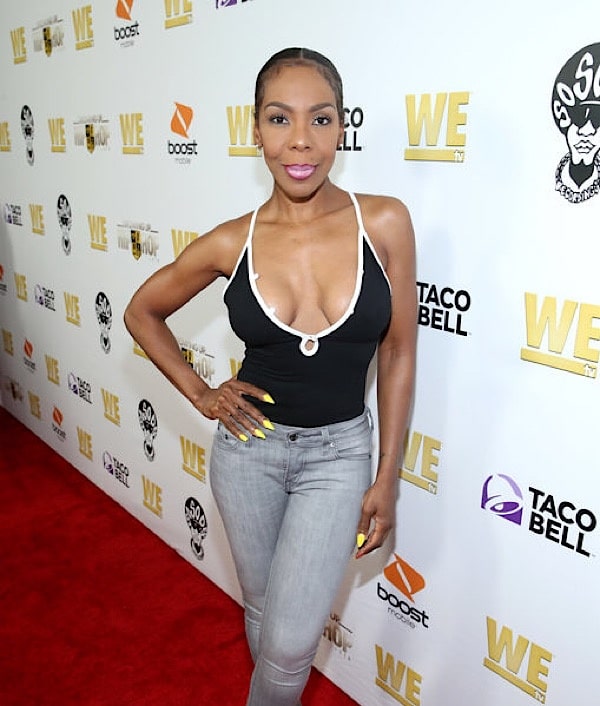 Only “Extra’s” Jenn Lahmers sat down with R. Kelly’s ex-wife Drea as she raised awareness on domestic violence.

Drea and Kelly were married for 13 years, but divorced in 2009. She shared, “The day I escaped from him, it was a realization that these gates on our property was not to keep people out… but to keep me in.”

Earlier this year, Drea came forward with allegations of physical, sexual, and emotional abuse in the Emmy-nominated documentary “Surviving R. Kelly,” but she wasn’t ready for the critics who questioned why she waited so long to speak out. She admitted, “It was really hard… the victim shaming, the victim blaming, the backlash I was not prepared for.”

She went on, “I thought, ‘Here I am coming forward, this is about women… women’s empowerment, we’re in this together, and I just want to give validity to these women’s stories and hopefully if they don’t believe them at least they’ll say the ex-wife… she’s speaking…’ It was the complete opposite.”

Drea also shared her reaction to people claiming she was lying for money. She defended herself, emphasizing, “There’s no price tag on any woman’s soul… You can’t put a price on a life… At the end of the day, women are fighting for their lives… That’s why I often say you may love R. Kelly, but you might not like Robert.”

In a separate federal indictment with the Eastern District of New York, Kelly was charged with racketeering for allegedly operating a criminal enterprise that promoted his music and recruited women and girls to engaged in criminal sexual activity.

Kelly’s attorney Steve Greenberg said in a statement, “The charges arose from alleged conduct in the Northern District of Illinois as well as the Eastern District of New York. The conduct alleged appears to be largely the same as the conduct previously alleged against Mr. Kelly in his current State indictment and his former State charges that he was acquitted of. Most, if not all of the conduct alleged, is decades old.”

“Mr. Kelly was aware of the investigations and the charges were not a surprise. He had already assembled a team of outstanding federal litigators. He and his lawyers look forward to his day in court, to the truth coming out and to his vindication from what has been an unprecedented assault by others for their own personal gain. Most importantly he looks forward to being able to continue to making wonderful music and perform for his legions of fans that believe in him,” Greenberg emphasized. “A bail hearing will be held early next week, at which time Mr. Kelly hopes to be released from custody.”

Drea pointed out that it is bittersweet to speak out about what happened to her while Kelly is in jail. She explained, “People don’t understand that although he was my abuser, he’s also the father of my children… But I will say this, I will take my abuser and the father of my children being in jail if it means another woman doesn’t have to be subjected to what I went through.”

Kelly has vehemently denied Drea’s allegations. In January, his legal team told “Good Morning Britain” that the allegations were “fully investigated and determined to be unfounded” and were “rejected by the judge during their divorce and are without merit.”

In his interview with Gayle King in March, Kelly said, “How can I pay child support? How? If my ex-wife is destroying my name and I can’t work? How can I work? How can I get paid? How can I take care of my kids? How?”