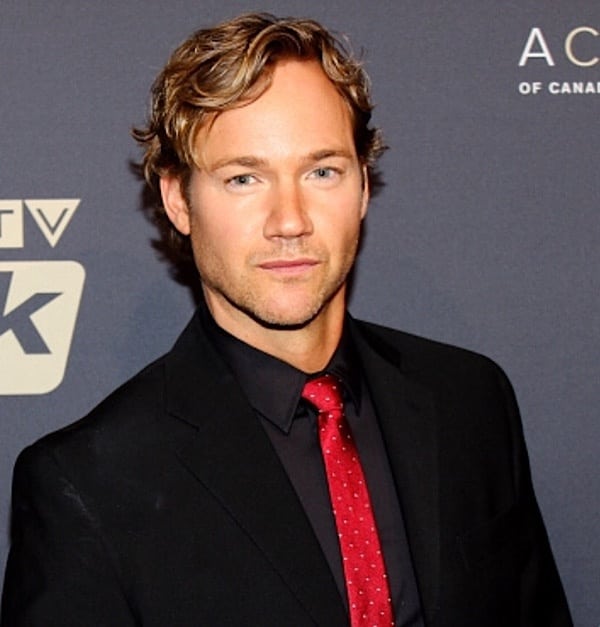 Steve Byers is a ruggedly handsome, charming actor who can make anyone feel as if they are at home while in his presence. He has a kind heart and sweet sense of humor, making him as relatable as he is talented.

The actor, who is known for several roles in several shows and movies including Shadowhunters and The Man in the High Castle, can now be seen in Amish Abduction, which premieres this weekend on Lifetime. In the movie, he plays Jacob, who is a man who is trying to escape the Amish religion. In a recent interview with TVGrapevie, he revealed that his character is going against a lot of things that he once believed in, causing a lot of drama and tense moments. While he did not get into specifics on what hi character does and faces, he did say that there are a lot of intense moments that viewers are going to want to tune in to see. The movie deals with a lot of interesting moments, which shows both his struggle and the struggle of his son (whom he kidnaps) and his wife, who stops at nothing to help her son, all while struggling with her husband turning to the English.

In addition to this movie, Steve is also working on a movie where he plays a blind man. The details on this movie are remaining under wraps as of press time, but Steve did reveal that he did a lot of research in order to make the role authentic. In fact, he even talked to a YouTube star in order to give the role as much integrity as possible. He admits it was a challenge, but is proud of the role and cannot wait to see the reaction to the fans.

However, the best part of Steve is his kindness and incredible heart. He is one of those people yoou meet once and walk away feeling as if you have met a friend for life. In fact, his heart and personality reminds me of my best guy friend, which, apart from comparing you to a family member, is the highest compliment that can be given from me. That being said, Steve will continue to succeed and be an incredible actor and person. TVGrapevine cannot wait to see what is next and how he will continue to persevere and succeed both professionally and as a person.