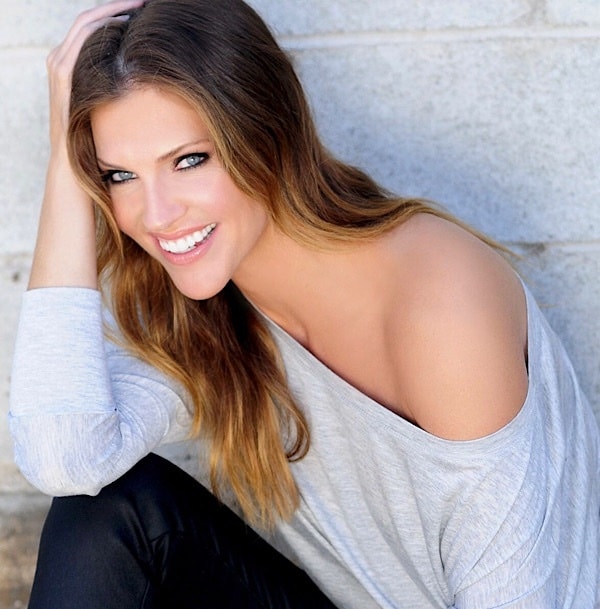 Tricia Helfer can do it all when it comes to acting. She has done everything from Hallmark movies to horror and everything in between. Each time, she impresses audiences with her talent and commanding presence.

Now the Battlestar Galactica alum is busier than ever. In a recent interview with TVGrapevine, Tricia revealed that she is is not only the newest star of Van Helsing, but she is also starring in the horror series Creep Show.

Both series are very different and allow for her to flex her acting chops. She admits that Creep Show was interesting because she usually isn’t a fan of the horror genre. In the past she shied away from it, but she ended up falling in love with this story and decided to go for it. She loves the role of Lydia Layne and while some of her role is a surprise for viewers, I can guarantee that fans will love her. She has nothing but good things to say about the cast and crew and admits that she loved the humor and practical effects involved in the show. For her, the entire project was a fun, pleasant surprise.

In addition, she recently joined the cast of Van Helsing for its fourth, which for her, is a huge honor. She loves playing one of the first women to take on the role and says it is a real treat being a part of the show. Tricia admits that she was a bit nervous going into an established ‘family’ when she joined the cast, but says that everyone welcomed her with smiles and open arms. In fact, she worked with several people on the cast before, making it an even better experience.

Tricia is continuing to work hard on these and several other ‘super secret’ projects. She is excited to see the reaction from her fans and is grateful for each experience she has now and that she will in the future.