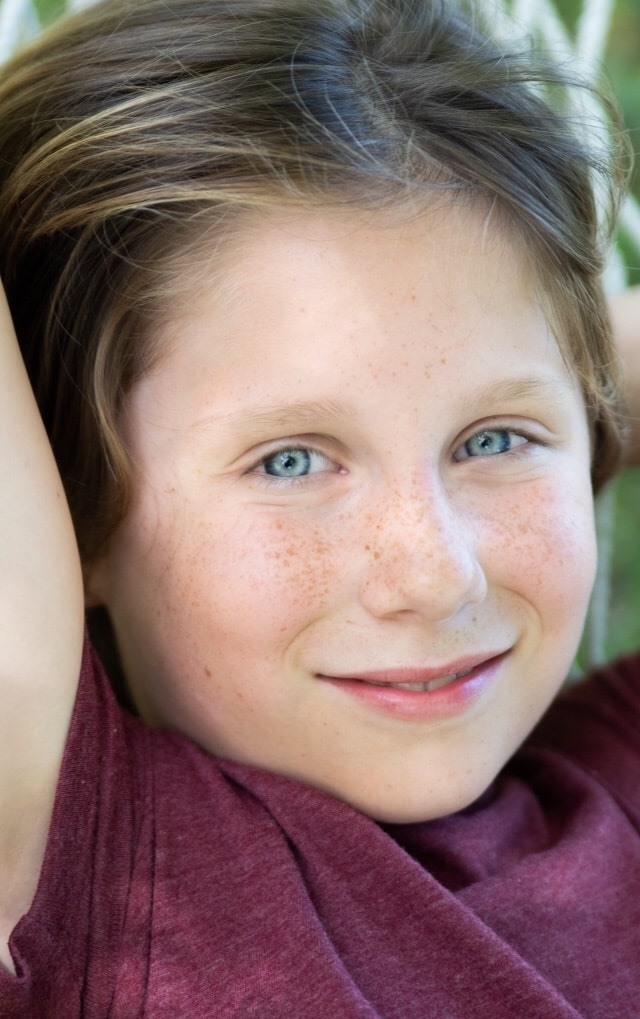 Gavin Munn opens up to TVGrapevine about his life, future and everything in between.

“Well I started acting at the age of five, I love it! My parents have always told me, along with friends and family that I’m a natural entertainer, even at the young age. At the age of 5 my parents signed me up with an Agency and began doing auditions. (Lots of them, lol )My Very first professional sag role was when I was 5. It was on the finale episode of Rectify season 3. Co acting with lead actor Aden Young. Shortly after that I did a Halloween scene on Halt and Catch Fire series.

I’ve been in a couple movies and several sag commercials.

My parents always thought I would be good at it, they saw something in be at the age of 5 and wanted to explore it with me. I’m really glad they did because I’m having so much fun doing it! So many cool experiences, if its the city I’m in, the people I get to work with, even the set…

I’m really grateful for all the opportunities it has brought me in my young life so far haha! But, it’s also a little confusing because I’m challenged in being so many different characters on set, then I go home and have to get out of character, be myself. … I do think I’m a great fit for the job though!

My name is Abraham and I am Danny McBride’s (Jessie Gemstone) youngest son. I’m classified as the easy son who loves my dad, unlike my brothers who are kind of rebellious.

When I head about the role, I wanted to audition for it right away! Thought I was a really cool character, thought it fit me really well, so I was up of for the challenge of it. I went on a vacation to Cuba and my agents were trying to get a hold of me all week let me know they wanted to do an in person audition in Charleston with Danny McBride himself.. We were supposed to go to Animal Kingdom when we got back to Florida, but, of course we cut the vacation short so I could go. I was so excited!

My favorite part is being around so many talented actors and learn from them. Take away something from each and every one of them… that is something you can’t get, plus everyone is incredibly nice!

It’s an honor working with such huge talented actors. They are all so funny, they

make things easy and comfortable for me, even when the days get long.

Oh that’s easy! One day we got to film on a humongous yacht out at sea. I got to hang out with my “family” and play in a hot tub! It was amazing. Mr. Danny introduced me to raw oysters and I actually really liked them! I never thought I would. LOL

My name is Jonathon and I start off hanging out with the “cool kids,” but later realize they aren’t so cool. I find some much deeper friendships along the way. I can’t say too much more because I don’t want to give anything away, so you have to just tune in!

Well it involved skateboarding and that’s right up my ally. I love to skateboard! I auditioned for a different role, but then they wanted me to audition for the role of Jonathan. I actually came back from that same vacation with that news and had to rush to Atlanta. It was really a crazy time! I don’t know if I’m supposed to go on vacation or not yet, haha!

I would say the traveling, the different cultures, experiences, people I get to have conversations with, the hotels, the great food, I can’t keep going… Also, I made some great friends.:)

It was a lot of fun because I got to work with other kids my age, we built a bond and a great friendship from this experience. We all remain friends and keep in touch to this day!

I’m doing a lot of auditions. The Righteous Gemstones just got picked up for season 2, which is great. Fingers crossed that happens for Raising Dion too.

It would be fun landing a role or a lead role on my own movie or show. 🙂

I love playing football with my friends and watching NFL games with my dad. I ride dirt bikes and like to fish. Fun fact: I love to sing in the shower. LOL!!!

Yes, people always ask me about my acting and I just want everyone to know this….

It’s not easy and it takes a lot of patience and time to get anywhere in this business. I sometimes have to do 10-20 auditions to get booked in just one of those. I’ve learned to not take it personally and I know that some roles are meant for me and others for someone else. It’s worth the work though. I love what I do and I feel very blessed.