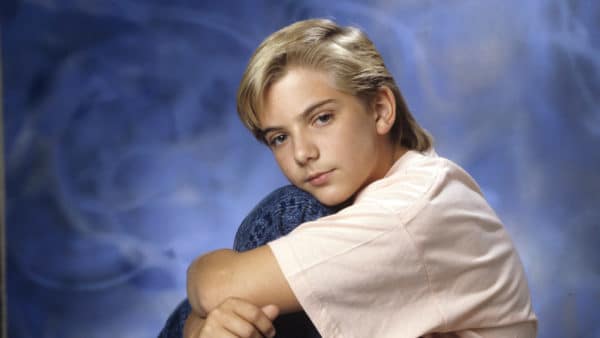 Anyone who grew up in the nineties knows the name Jeremy Miller. Most young girls in that time period had his posters on their walls and recall watching him on the hit series Growing Pains as Ben Seaver. Now the actor, who took a break from being a heartthrob to attend culinary school, is back in the spotlight….not only career wise, but for a more important reason.

Jeremy recently opened up to TVGrapevine about his struggle with alcoholism, which began at a young age. He admitted he tried many things in order to rise above his addition, but no avail. It wasn’t until he got a special implant that he was able to overcome it for good. The implant is done through a program called BioCorRx Recovery Program and slowly releases an FDA-approved drug that is proven to reduce cravings for alcohol. The program also includes therapy and life coaching. Jeremy began the program in 2011 and said that within hours of getting the implant, his cravings for booze were gone. However, he didn’t quite take the counseling and struggled with it in that sense. (Out of respect for Jeremy, his struggle will not be revealed in the story) However, once he began that part of the program, he was able to rise above it and break free from his addiction. His advice to others struggling (and wanting to to the program) is to take advantage of every opportunity they are given.

During the interview, Jeremy also opened up about his new projects, which include him working on a show called One on One with his TV siblings Kirk Cameron and Tracey Gold. The show, which is hosted by Kirk, is a casual talk show that allows them to catch up, chat and enjoy each other’s company. The three of them are also in VERY early developments with a Growing Pains reboot, which will not only show the Seavers where they would be today, but to also pay tribute to the late, great Alan Thicke.

Above all else, Jeremy wants fans to know how grateful he is to all of them and thanks them for all of their love and support.