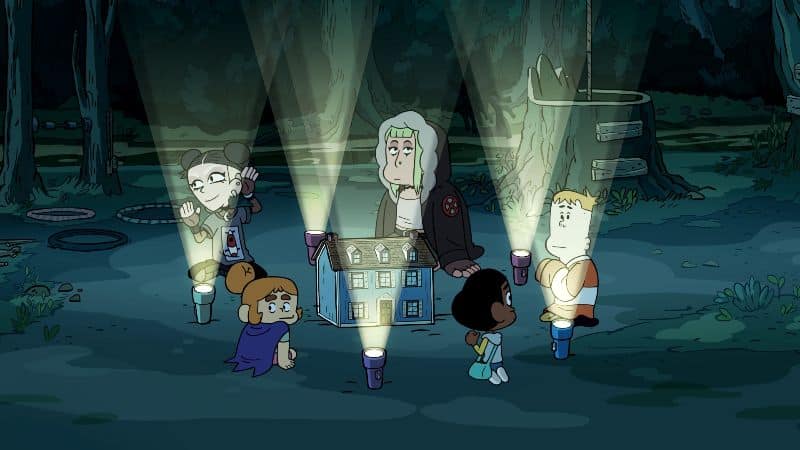 It’s Spook-tober in October at Cartoon Network. First, start with some laughs in a crossover episode of Titans in “Cartoon Feud,” premiering, Friday, Oct. 4 (6:00pm, ET/PT). In this special, Control Freak forces the Titans and the Scooby Gang to compete on Family Feud. Keep watching for more thrills as a collection of new themed episodes of Teen Titans Go! follow suit.

Halloween doesn’t end there. New episodes of Victor & Valentino, Mao Mao, Heroes of Pure Heart, Ben 10, Craig of the Creek, and more, will continue for a treat-or-treat-filled month.

See below for the full October programming lineup:

Friday, Oct. 4 at 6 p.m.
“Cartoon Feud”
Control Freak forces the Titans and the Scooby Gang to compete on Family Feud.

“Curse of the Booty Scooby”

When Robin “Booty Scooty’s” his booty off, the Titans must go on an adventure to recover it.

After the other Titans are turned into collectibles and disappear, Robin must search yard sales and stores to find them.

“Butt Atoms”
Despite Robin’s warning, the Titans mess around with atomic toots and end up causing a worldwide plague.

Monday, Oct. 15 at 6:00pm
“TV Knight 5”
Batman pretends to be sick to avoid work so he and Commissioner Gordon can run around town watching their favorite shows.
Friday, Oct. 25 at 6:00pm
“Witches Brew”
The Titans throw a Halloween party and invite the Justice League but the witches brew Robin creates has side effects.