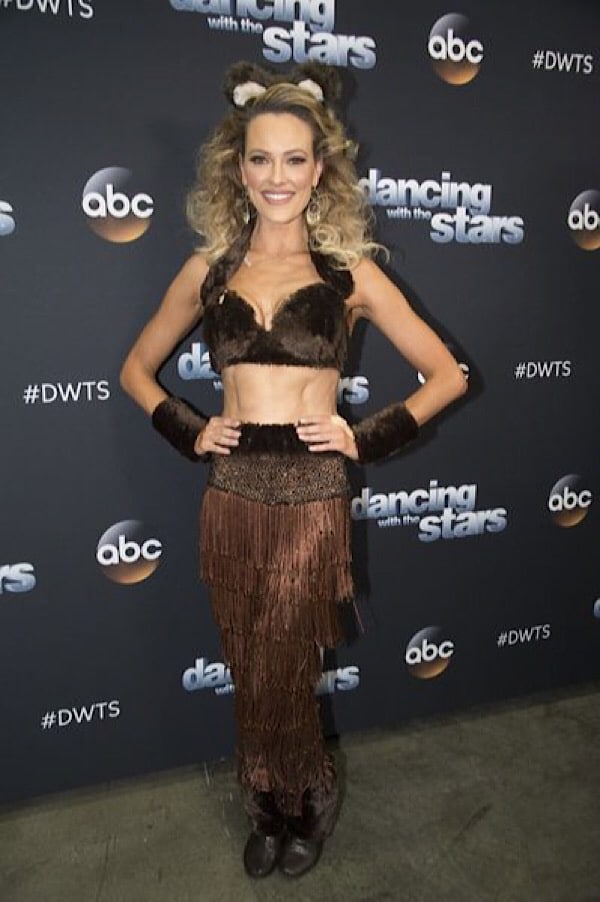 (NEW YORK) – After a two-year hiatus, Peta Murgatroyd is back on Dancing with the Stars — and is partnered with former NBA star (and the tallest guy in the ballroom) Lamar Odom. Here, Peta details their journey thus far – the challenges, the laughs they share, and what it’s going to take to win!

Last night was exhilarating. The fact that Lamar and I were saved was so out of this world. Yes, I know people who have had no dance experience were saved loads of times before, BUT we were at the bottom of the leader board (by a long way) both weeks, so to be called first was a real shock. Lamar was so happy and I could see it gave him a real boost of confidence, especially after our dance didn’t go so well.

Our salsa started great! He was smiling with energy and doing the right moves. About halfway through though, his memory loss kicked in and he lost his patterns of choreography. He forgot 1/3 of steps throughout the dance. I don’t think people really understand when he says he has a “memory problem.” The guy was in a coma and had 12 heart attacks and six strokes. He shouldn’t be living, but by a miracle he is. His memory is the biggest issue we face, not the height. His cognitive ability is slow and it has definitely affected us. Lamar gave me the okay to talk about it openly so I wanted to give you a little insight.

The salsa I choreographed was very simple, mainly so I knew he could master it.