Candice DeLong is the epitome of strong, powerful woman. She is best known for her work as an FBI profiler.  Now she can be seen on the Investigation Discovery show Deadly Women. The show is in season thirteen and shows no signs of slowing down. She is intelligent, tough and someone I’ve come to admire. Seeing her on TV every week is not only a joy, but an honor.

In a recent interview with TVGrapevine, the profiler says that her show takes a deep look into how female killers. She tries to figure out how become who they are and why. she conducts extensive interviews and shows us things that impacted their lives and goes deep into who they are as people. What makes this season stand out, however,is the fact that the focus is on historical female killers.

What makes this so interesting for Candice is the fact that we learn how female killers used to get away with so much back in the day. People used to think that women couldn’t possibly be killers because they were the ones who brought life into the world. People were in denial that they could kill, which led to them literally getting away with murder. She admits that in the beginning, there was a worry that there would not be enough women to profile.  She proved them wrong and still has plenty of stories to share.

In addition to working on the show, Candice is working on a book about female killers. Specific details about the  book are going to be a surprise, but I can promise that fans will want to read when it is released.  As always, it will be a page turner! 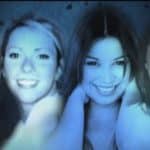